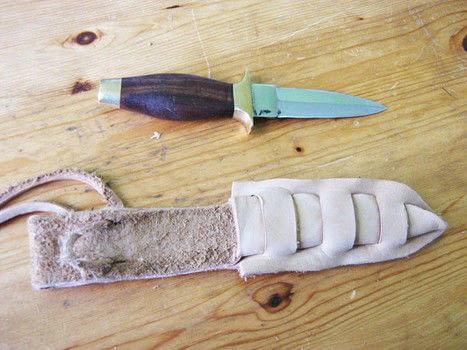 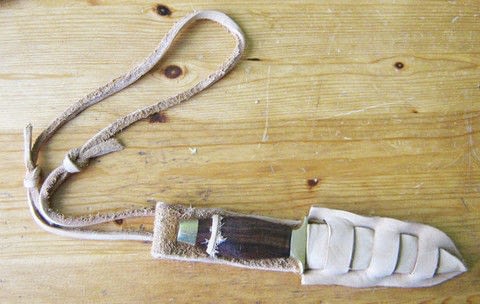 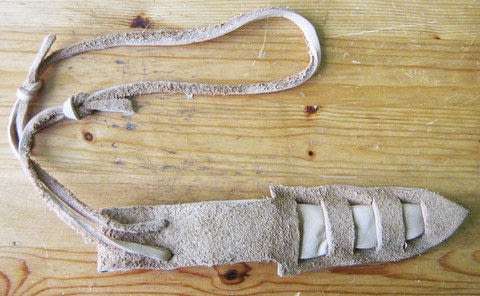 A safe place for a sharp little thing
I bought this small (as long as my hand) knife some time ago at a fair. It came with a rigid sheath that was actually a bit too big for the knife. So the knife kept slipping out. Aside from that the sheath was not suitable for carrying on a belt, it would slip off in time.

Why would I need a knife? It comes in very handy at live roleplaying events. And it looks good as a part of the costume.

So I decided to make a new sheath. I had purchased a rather thick piece of scrap leather that would work well and started on a sheath by just rolling up the leather around the knife and keeping it shut with a threaded cord of some other leather. Looked nice, didn't work at all.

And then I stumbled upon this site with all kinds of neat primitive stuff, including an article with pictures of a great knife sheath without sewing!! (see link below)

I made a mock-up out of paper and used that one as a pattern for the leather.
The only thing I added was the cord as an extra safety measure. The knife will be hanging from my belt (so if I fall it has all the room to lay flat and not pierce me) and the same cord it hangs from tightens the hilt of the knife against the sheath, making sure it won't fall out. However, the sheath itself is tight enough to safely hold the knife. 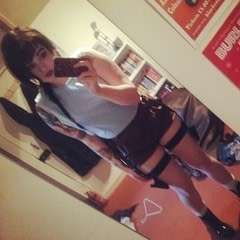 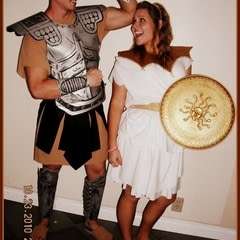 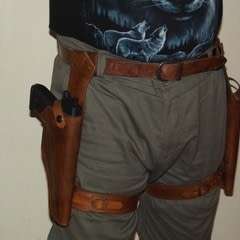 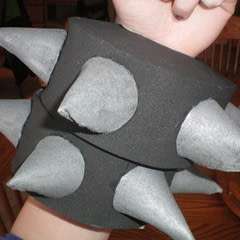 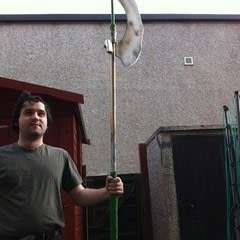 Necron War Scythe
Made this project? Share your version »