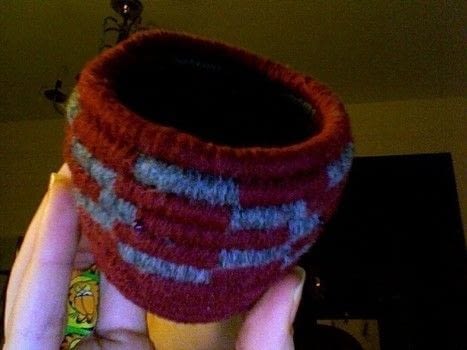 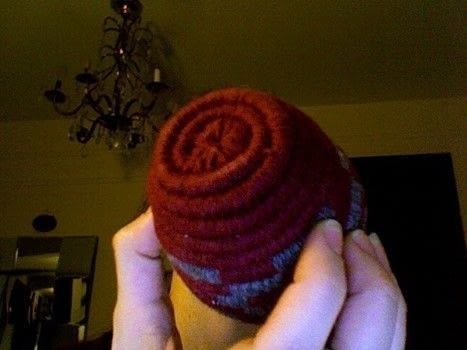 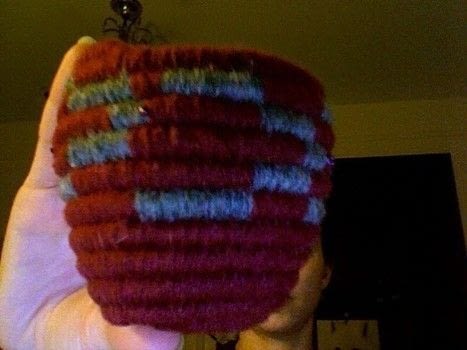 A new project to get "wrapped" up in!
So, you cut the end of the cloth clothes line on an angle, knot some yarn on and start wrapping, then begin to coil and keep wrapping. Every couple of wraps (no more than 4 if you want the finished basket to be tight and sturdy) you take a stitch to secure it to the previous coil.

DO NOT USE FLUFFY YARN if you want a sturdy basket. I've used fluffy chenilley yarn and it created a cool effect, but knotted and broke easily and was a pain in the butt to work with. It will have to be looser otherwise the fluffy yarn will snap. The basket won't be as sturdy and tight, although it does give you the option of shifting the shape of the basket ever so slightly after you've already done a few coils.

I did this project in an undergraduate crafts class with my favorite professor ever. It was the first basket I made. I've made four more since, but have given them away as gifts. The second one was featured in an art show at a local university over the winter break between semesters. Come the beginning of the spring semester, it went down to Florida as a very late Christmas gift for my Nana. She wasn't too upset about it, though.

It's tricky because it's tough to get it started, and the needle starts to hurt your hands after a while. I'd recommend using the thimble. The beads were put on afterward - they were too tiny for the yarn and I didn't want to use gigantic beads on this tiny little basket.

I find it useful for holding my laundry coins!

I've included a how-to I just found online. It gives you a pretty good idea of how to make it - better than I can describe!
http://www.nativetech.org/basketry/coilinstr.html

Tapestry Needle Yarn Clothesline Make sure it's the cloth type, not the plastic stuff you put on metal "umbrella"-type clothes lines. Bead(s) and Thread with which to sew in the beads as well as a Beading Needle

Frustrated Crafter posted this project as a creation without steps 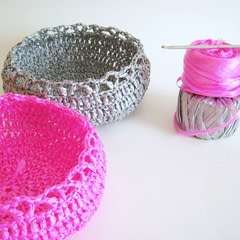 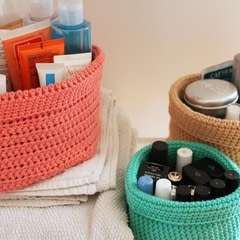 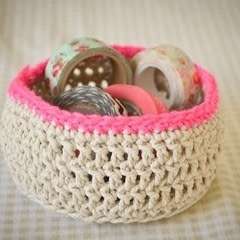 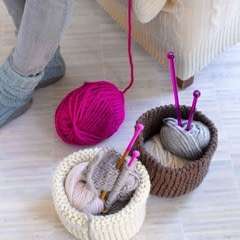 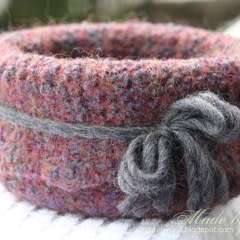 Red Felted Basket
Made this project? Share your version »

Frustrated Crafter · 10 projects 29th January 2009
Thanks - the cat's name is Petunia and she's very inquisitive! I can't work with yarn when she's around, though... lol!
Reply