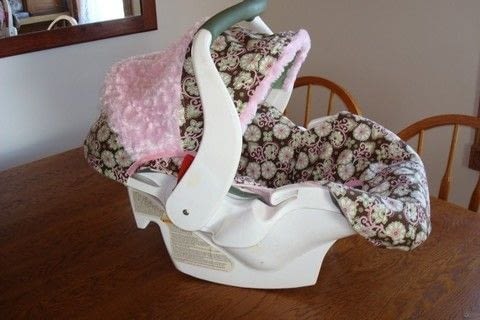 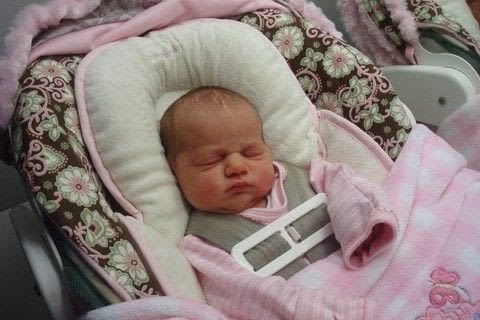 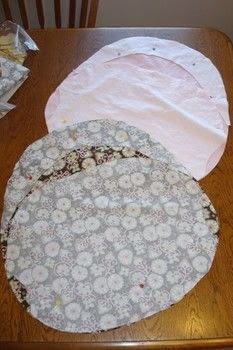 Who says you have to spend $$$ for a new baby?
I had a new baby girl recently and I have 2 boys already and I just couldn't see putting a new little pink fluffy girl in a boyish car seat!
I don't have $100 extra dollars around to spend on a new pink one so I just pulled out the cover and using a brown paper sack I traced around it and made a pattern! I think it turned out really cute!

You want to make sure you make your new cover that will go OVER the original padded cover that came on the carseat, you need to have that on there for proper safety. Now about the carseat, I just took out the cover that came in the carseat and washed it, it had been in the garage for a couple of years so I wanted to get the yuck off it. :) I would suggest letting it hang to dry and NOT dry in the dryer, it'll make it last longer. I used paper sacks from the grocery store and cut them out so they lay flat and just laid the cover out and drew around it. I then cut one and sewed it out of an old cheap sheet to see if it fit properly and it did, so then I went ahead and made one out of the nice fabric. I just sort of winged it on the canopy, but you can pretty much do the same thing on that. I hope this helps! The main thing is make one out of scrap first so you don't waste any fabric. HTH, Julie

JuJu posted this project as a creation without steps 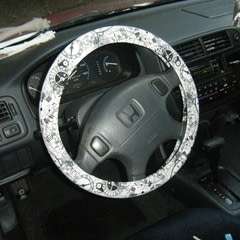 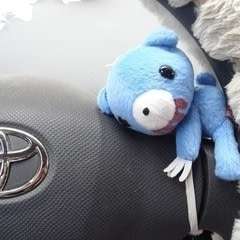 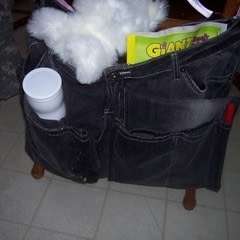 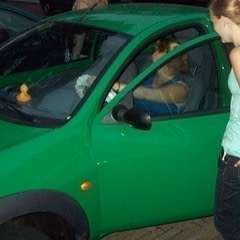 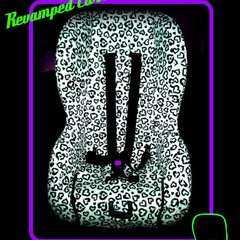 Revamped Carseat Cover
Made this project? Share your version »

Nicole R. · 3 projects 20th February 2011
oh my goodness this is so beautifully done. you have inspired me to do one. im a nanny and to even have as a spare cover its a great way to do it !!!
Reply

rox r. · Berlin, Wisconsin, US 11th July 2010
kudos to you.i tryed to do this last year when i had my son.i could only afford a car seat at a garage sale and it was all pink.mine didnt turn out so hot tho.i ended up just buying a package of dye and i dyed the cover and visor red.it worked out good for us.
Reply

Charlotamy · Nederland, Colorado, US · 3 projects 30th June 2010
I love your idea and the patterns you've used.
Your daughter is beautiful!
Reply

MaybeAViking · 16 projects 22nd April 2010
That's wonderful! It looks really great, if I hadn't looked twice, I would've thought it was a purse. =3
Reply

Bridget H. 29th March 2008
I would love to have some more info on this. I am the same as you one boy and having a girl and just don't have money to rebuy everything in pink since his carseat was blue in color..please help..LOL Thank you for your time!
Bridget
Reply

Eien · Conyers, Georgia, US · 3 projects 4th March 2008
This is very chic. I bet everyone will be asking you where you got it.
Kudos for making it yourself and saving moolah.
Reply

Jennifer H. · South Padre Island, Texas, US 3rd March 2008
I don't have kids, but it seems a friend or relative has one every year. I love to see a tute on this!
Reply

northernstar · Flateyri, Westfjords, IS · 35 projects 3rd March 2008
What a great way to reuse something. SO many people would just buy a new one. Cheers to you