Noticed at age 19 I liked to make clothing. As time goes on I just love making my own anything. It's fun, one of a kind, and awesome to use/wear knowing that.
Edit my bio » 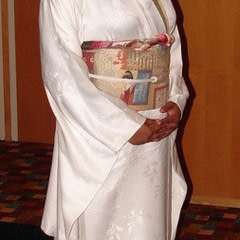 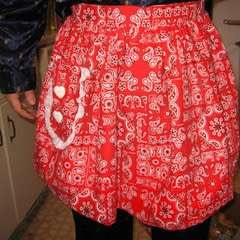 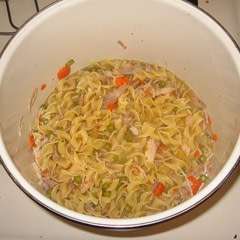 Sheila Squirrel 11th January 2010
Thanks for the lovely comment on my tail coat project. My daughter still enjoys wearing it. It gets quite a bit of attention, specially with the top hat & skull headed pimp stick x
Reply

SparrowFae · Carthage, Missouri, US · 41 projects 10th January 2010
Haha, I was totally about to say that. Zoe is the best, and you look kick ass as her. So, HI, I'm friending you, cuz I love firefly, and you are cool.
Reply

Born Toulouse · 14 projects 26th November 2008
Hi there!
Yeah, thanks for the link to those customs, they're quite okay. But it will still take me some time to build new sprite bead figures as I've run out of beads. So I'm waiting for my delivery right now, maybe I'll try to build one of those customs then.
Well, bye then!
Reply

Born Toulouse · 14 projects 13th November 2008
Heya there! Thanks for the compliment. I'm afraid I can't do any figures from DMC as there aren't any official sprites. I usually just build figures straight out of games which still use pixels. So I try to get my hands on sprites and build them pixel by pixel like the original.
I might try DMC-sprites one day if there are any nice custom sprites I can find. You don't happen to have any, do you? ;)
Well..other Capcom sprite figures I've made so far are classic NES Mega Man-figures, Firebrand from Gargoyle's Quest, Haggar, Guy and Cody from Mighty Final Fight and Rad Spencer from Bionic Commando. I will try some more from the 16/32bit-era during the next weeks like Bulleta, eyeing the Vampire-series, Street Fighter and the likes.

Abbra P. · Jacksonville, Florida, US · 4 projects 2nd November 2008
Thanks for accepting my friend request(I thought I commented ages ago about it?)! Your costumes are amazing, I wish I could sew that good.
Reply

beryl · Apache Junction, Arizona, US · 36 projects 5th October 2008
Thanks for your comment, it is great to meet more people who love firefly.
Reply

We like the same films and enjoy alot of the same hobbies. I have watched Firefly sooo many times!
Reply

Darling Niki · Clearwater, Florida, US · 20 projects 11th February 2008
Aww you think its a cool theme? lol I have worn a dress maybe 4 times since I was in high school. I'm not really up to getting all dressy. hehe. Thats why my fiance and I are running off to a destination wedding. Less dressy and just us! Oh well. Maybe I can find some unique old gothic gown or something.
Reply

Lorraine · Northern, Illinois, US · 4 projects 29th January 2008
You designs are fab. You look beautiful in everything!
Keep up the great inspirations, Lorraine
Reply

Rxanna · Tucson, Arizona, US 9th January 2008
Thanks for the Firefly compliment. My avatar is one of the dolls I made for a film I'm working on.
Reply

Greg B. · Brooklyn, New York, US · 2 projects 21st December 2007
You rocked the Zoe dress! Now I have to ask the obligatory Whedon question: Are you only a fan of Firefly, or are you into Buffy too?
Reply