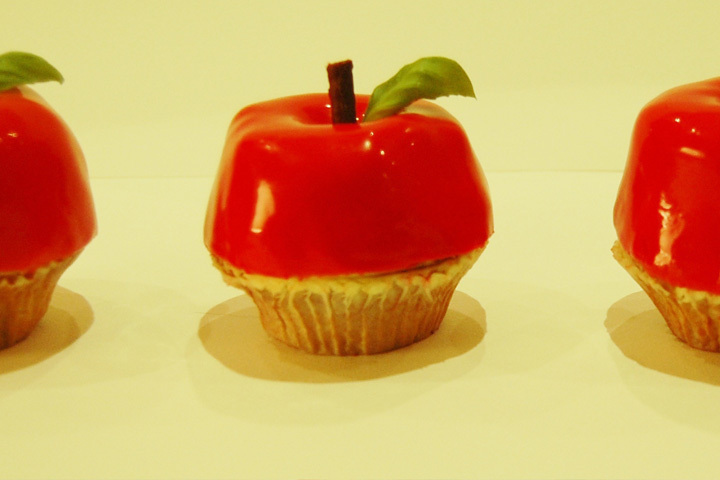 
Ahhh Edinburgh, Land of the Haggis, Tartan and deep fried Mars Bars. I arrive at The Granary, Leith on a usual miserable May evening and settle myself down to meet the ladies from Total Food Geeks. In October 2011 Emily Puddephatt & Georgia Artus decided to stop gossiping about food and put together a comprehensive review guide of independant restaurants in Edinburgh. As experienced bloggers they knew exactly what they had in mind to create and since then the response they have had has been overwhelming.

Check out some recipes from the Total Food Geeks:

So where did the initial idea come from?
E: We had an idea that was basically getting a few of us together in group form. So we got in touch with people and said “come and have a drink with us”. They quite liked the idea of meeting up because it’s very sociable. And our friends get pretty sick of us chatting about food all the time.

G: Total Food Geeks is a really good way of getting that other little bit of geekiness out that you wouldn’t necessarily put on your blog. Also there’s a chance to be a bit silly with it. It’s a bit about experimenting and a little bit of playing around and that’s what we encourage with every monthly theme we have. Basically you just need a place where you can get all of that out your system.

You seem to have a core group of people on the site. But then are there more people in Edinburgh you find come to the site and use it?
G: Yeah, we were looking at our site stats the other day and were amazed with the increase. We had quite a few come to our open night and it was great to finally meet them. It’s such a typical thing for Edinburgh to feel like a village and when we had the first open night it felt like meeting family it was so nice. We decided to have our first open night about three months ago and put a post on the site inviting people, we have about 14 people at the moment as our core group and booked a table at Underdogs for about 8 people and we ended up with over 40!

So you have the Website, Facebook page, twitter, Google plus and personal blogs, that must take a massive amount of time?
E: Georgia mainly takes over Twitter and I lurk in the background and I read stuff and perhaps forget sometimes that I should be saying things on the blog, when we first started we though “yay, we can spend all our lunchtimes on it” and then it just grew much quicker than we had expected and sometimes it hard to keep up with e-mails as we didn’t expect the amount we would receive.

G: One of the other thinks about being Geek is that you are a bit of an addict about what you are passionate about and it does become part of your everyday, it does get to the end of an evening and you’re knackered but you still check Twitter! We set out to do something and seeing the site stats rise mean that we have achieved it and we are doing it well. It was a case of very much, learning as you go, how do I register my own domain and what one earth is web hosting?

What were your hopes for the site to begin with?
G: It sounds really naive but we really wanted it to be a happy blog! Edinburgh people are more than happy to try the teeny tiny places rather than the chains. So we really wanted a blog to celebrate Edinburgh food and places to eat. If we don’t have a good experience then the blog is not the place we talk about it, because actually what it’s really about is the things you can really get geeky about and that can be anything from a 5 star restaurant to a chip van.

So when did you decide to start the monthly Food meets?
G: That’s one of the things that has changed the most, originally we were going to have a monthly meet up specific to that months theme and was meant to be for everyone to come, but it grew so we weren’t able to really do that. Originally it was mean to be a monthly food review but it ended up being a bit intense. So we changed it to being a meal for about 6-8 people and cap it at that so we then keep it small and get the chance to know each other. “ 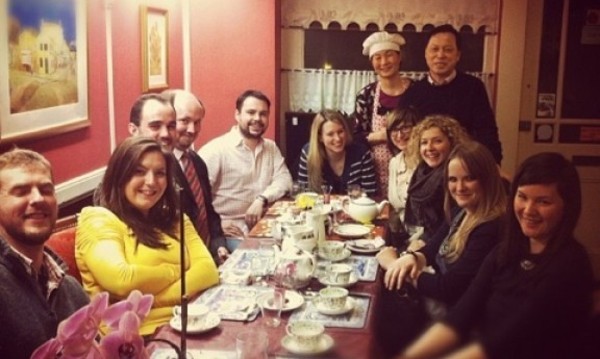 Fantasy Dinner party, who would have and what would you cook?
E: Derren Brown, Charlie Brooker, Lauren Laverne, hmm gotta have someone dead too really maybe 1960’s Elizabeth Taylor and nothing too showy to eat, stuff that easy to make in advance.

G: So for my meal I would have Jamie Oliver because of all the good food work he has done, Nigel Slater who is so passionate about food and his recipes read more like fairy tales! I’d also have someone like the education secretary so I could have a word with them! I’d have some people from total food geeks and some kids too so I could get their opinions on the food.

G: Well Emily stole my best one which was Butter!! But I think I would go for Butter, Garlic, ‘cos that makes everything nice and I know it sounds really basic but black pepper in a grinder, sometimes the simplest things make food amazing!