We chat to self confessed geek and illustrator, David Ryan Robinson. 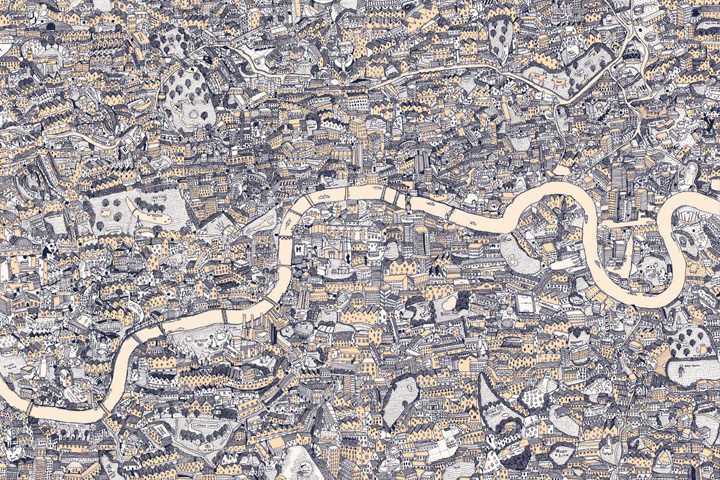 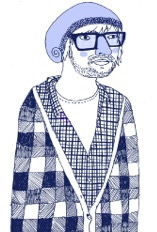 David Ryan Robinson is a London based freelance illustrator and Junior designer for Cartoon Network at Turner Enterprises. Specialising in line art and typography, his unique, offbeat style and painstaking attention to detail have earned him clients like The Guardian, The Times, EDF Energy and the BBC- and he only graduated last year.

A self confessed geek, tea lover and video game enthusiast- We talk to David about his career as a designer so far, his inspirations and how on earth he finds the time for it all. 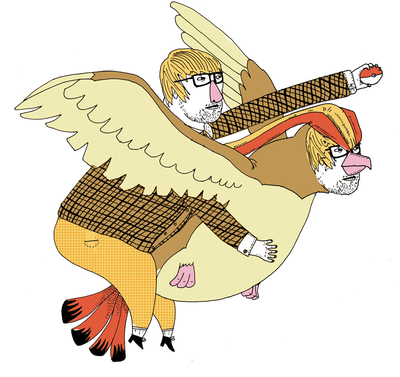 How would you describe your work?
I mostly use line art with limited colour, I like to draw animals, landscapes, monsters, buildings- All sorts! I’m inspired mostly by cartoons, nature, buildings and Pokemon.

What made you want to be a designer?
Well, I’ve always wanted to draw pictures for a living. But I never really thought about being a designer- now I do both which is great. Design helps my illustration and working as a freelance illustrator helps my design.

What qualifications and skills do you need for the job?
You need to be creative and you probably need a degree in Graphic Design or similar. I graduated from the University of Salford last year, getting a degree in Illustration, I did a bit of freelancing and eventually got a job working for Cartoon Network which is great as you can be as creative as you like.

So, what exactly does a designer do?
We deal with all of the design work for Cartoon Network, which ranges from DVD covers, Adverts, Product Displays and Style guides to animation for trade events and product development- A bit of everything really!

You're part of a design team at Turner- how does the job work and how do you divide up your work?
There's 3 of us, a junior (me), a middleweight and a senior and we all work for a creative manager. He gives us brief depending on our skill level or whoever is the best person for the job.  I used to get quite a lot of full page magazine ads, but these days I take each brief as it comes and lately I have no idea what may come my way- For example, over the last few weeks I have designed an App, created some displays for the Entertainer stores here in the UK, edited a show reel and designed a hoodie.  Every day I get new things and no two briefs are really the same. 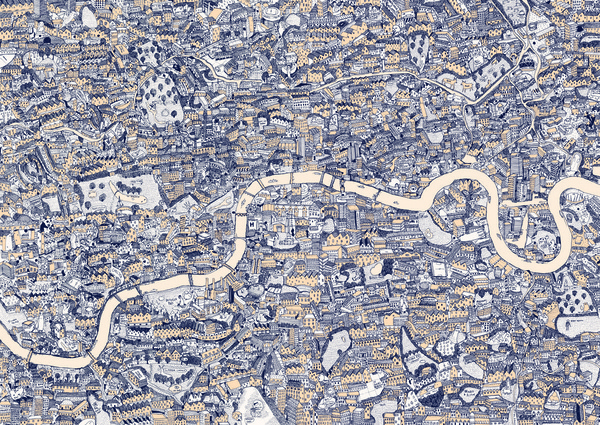 (With all eyes London right now, David’s Screen-print is not only a work of art, but bang on trend. This print can be found on his website.)

Do you draw a lot in your spare time or mainly as a means of work?
All the time! In a typical week I will only really draw when I get a commission (for example, right now working on an editorial piece for Risk Finance magazine). However if I do end up with any spare time, for example catching a train to Manchester, which happens quite a lot as most of my friends are based there, then I will draw constantly until I have something else to do!  Occasionally I will set myself a project, which normally eats up most of my free time. My most recent is the silk screen prints of London- That took 6 months to do in-between working. I have a few other things I want to draw but these days I’m pretty busy so it’s getting harder to draw things for the sake of drawing- I was thinking of doing an Olympic drawing- I just need a weekend free to start this!?

How did you go about making the screen prints of London?
The map is all hand drawn onto A1 paper. I then scanned it in in bits and joined it altogether. After selecting what two colours I wanted to use and how I would use the secondary colour, I then sent it away to be silk screened in a small place in East London. The final prints are on an off-white 200gsm A2 paper which is half its original scale; this was to amplify the intensity of the image.

You sound like a pretty busy guy, do you have any other hobbies?
I'm a pretty big geek- My other main hobby is Video games and I’m heavily into Pokemon, Me and my friend went to the Pokemon finals 2 years ago, one more win and we would have gone to Hawaii for the finals! I like cartoons, I recently started watching back to back Hey Arnold and I absolutely love Adventure Time. I’m also into Printmaking, Watching US dramas series like House or Prison Break, drinking tea, drinking ale and eating Nandos! 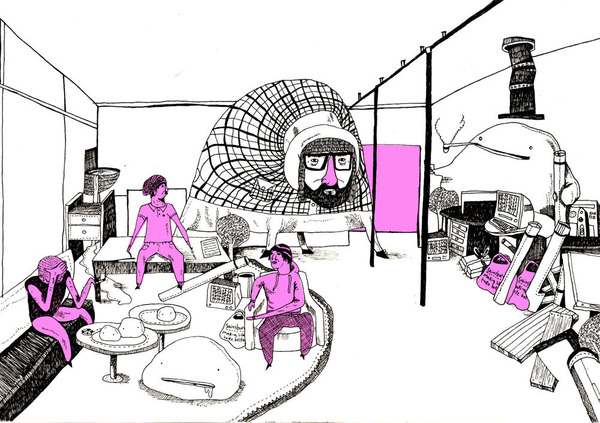 What would be your dream job or client be?
I've always wanted to have my work on the London Underground walls- Or a big advertisement campaign would be nice!

You’re still starting out your career- Where do you want to be in 5 years time?
Still drawing, still living in London and still in a creative role, whether that be freelance illustration or as a designer.

You’ve had some pretty great clients this year as a freelancer- What advise can you give to anyone starting out in illustration?
When I first moved to London I drew a huge zoo on a big A0 piece of card. I then scanned it all in, added colour and got it printed. This print is now in my portfolio and anytime I meet up with a client it’s the first thing I show them as it instantly catches their attention. So many different illustrators told me not to give up and keep at it, and I think it’s the best advice you can give somebody who is just starting out.

David Ryan Robinsons work can be seen on his website, he also has an Etsy shop and blog.