An interview with costume designers Jeremy and Mallie Adams. 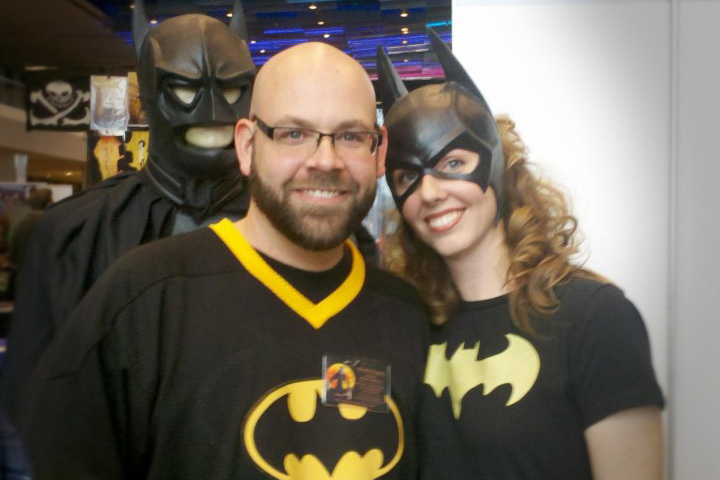 
The Cantina Band strikes up a song and Spider-Man rushes by you. The couple behind you exclaim something happy, but it was in Klingon, so you're not exactly sure what was said. You look towards the band to see what's happened: another dancing Stormtrooper. Anime characters, Mario, Hello Kitty, and about a dozen Jedi have already lined up behind him to do the conga. You decide to get autographs later and reh rehluu with the others now.

Perhaps a menagerie of intergalactic beings isn't your brand of Butterbeer. A Harry Potter convention, LeakyCon, is coming to Chicago in August. For anime lovers, A-Kon will be in Dallas in June. Dragon*Con will be in Atlanta in early September. JediCon 7 will be in Sistersville, West virginia in October. In early August, Las Vegas will be holding the largest Star Trek convention. There are tons of con subjects, so you can teleport, apparate, or otherwise find a way to your favorite fandom's celebration. If going for the fandom alone doesn't make you want to leave your bunky-dunko, there are a ton of other aspects to realize. The social aspect is out of this world because when you go to a convention, everyone there already has a million things in common with you. Making friends at a convention is easier than feeding flobberworms. Many celebrities are asked to attend conventions of their own brand. Ashley Eckstein, the voice of Ahsoka on Star Wars: Clone Wars, will be attending every Star Wars Weekend in Disney World this year. There are often many opportunities to sell, buy, or simply show off personal artwork, including charity auctions and art galleries. 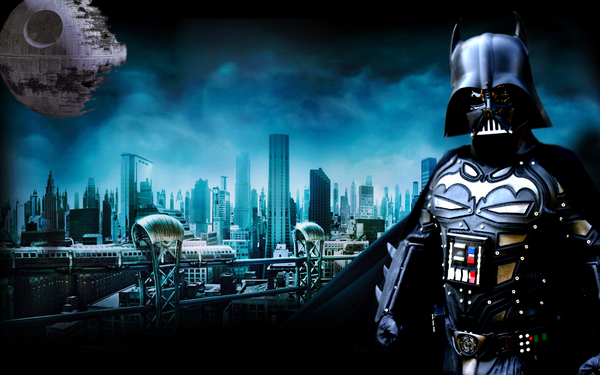 One reason everyone loves going to cons is simple yet utterly astounding: the costumes. As a crafter, not only are you allowed to show off your best dress robes, but you can admire the work of others and be inspired yourself. Some fans tend to become Madam Malkin herself and replicate to an exact degree the costume of a character. However, some people like to mix things up a little. There are no boundaries for art at a con.

Jeremy and Mallie Adams, a couple from Ohio, have been making costumes together since 2010, beginning with the Creature from the Black Lagoon, which is Jeremy's favorite costume he's ever made. They've began to make mash-up costumes, or costumes that combine two characters or fandoms. The most recent mash-up costume is the SuperMando, a collaboration between Superman and Boba Fett. However, their most publicized, detailed, and awesome costume is... The Darth Knight.

The Darth Knight is a combination of Darth Vader and Batman. To make this costume, Malmey Studios used clay, plaster, burlap, latex, paint, glue, velcro cloth, urethane and “anything else you can get your hands on to make the costume work”. Making this costume wasn't magic; it was probably harder than pulling an X-Wing out of a swamp. I was absolutely honored to interview Jeremy, who was a complete Clark-Kent-like gentleman. 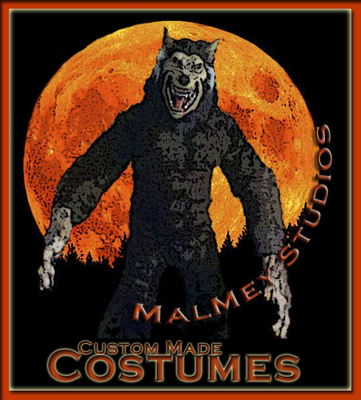 Why did you decide to combine these two awesome characters?
JA - In 2007, I was at Motor City Comic Con in Novi, Michigan and ran across a beautiful pice of artwork done by a local Ohio artist by the name of Jay Fife. This piece combined two of my childhood loves, Batman and Darth Vader. I snatched up the artwork and really wanted to make the costume. In 2011, a Vader helmet dropped into my lap during a costume trade, so I pulled out the piece of art and said, “what the heck, I'll make the cosume!”

How does this character behave? What are his intentions? (Good or evil?) (Asthmatic or Growly voice?)
JA - The way this character behaves is shrouded in mystery as both characters walk the line of good and evil. Both Batman and Darth Vader have that good and bad side. I guess you will have to wait until you run into the Darth Knight at a convention and see if you get force chocked or swept off your feet.

How did you decide which elements (from each character) to incorporate and which ones to leave out?
JA - This was actually easier that you would think, as nothing was really left out. It is the best of Batman and the best of Darth Vader. The Vader parts are the helmet, chest box, belt boxes, side capes, the gloves and the ribbed body suit. The Batman parts are the ears, the Dark Knight armor design, the gauntlets, the belt, the cape and the boots.

What small steps could crafters take to become a crafter like you?
JA- It has taken us many years to get to the level we are at today, plus we do things very different. We do not use conventional methods, we try to think outside the box. I would say the best way is to get some waterbase clay and start sculpting whatever it is you like. You will never know what you are capable of until you try. Plus, there is a ton of information out there on the net on crafter sites that will aid you along the way.

How could less "geeky" crafters get involved in conventions?
JA - There are a ton of things you can do for a convention, from going to one to building a costume for one! The nice thing about conventions is there is something for everyone and no costume goes unnoticed. Conventions also take volenteers to help with the daily aspects of the convention.

Crafters can make a lot of money with a bit of work by selling costumes. The Darth Knight costume would cost about $2000 to have commissioned since it is so labor-intensive. Tavariel Designs has a replica of Hermione's Yule Ball gown for $800. eBay has many anime costumes you can get to custom fit you. Once you have a costume, not only do you have that wonderful peacock feeling at a convention, but you can win prizes and even more admiration through costume contests. I have personally won three for my Hermione, years one and two, replica costume.

Through fandoms and friends, celebrities and costumes, there's a reason for anyone to visit a con. Admiring, buying, and showing off artwork is a great way to meet new people and be inspired. I hope you will now search for your nearest convention and exclaim, “beam me up!”

You can learn more about Malmey Studios at their site »