The Portland Museum of Contemporary Craft. 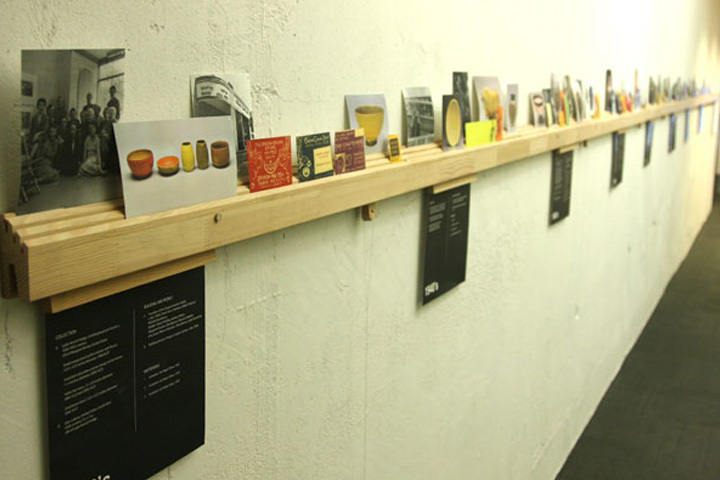 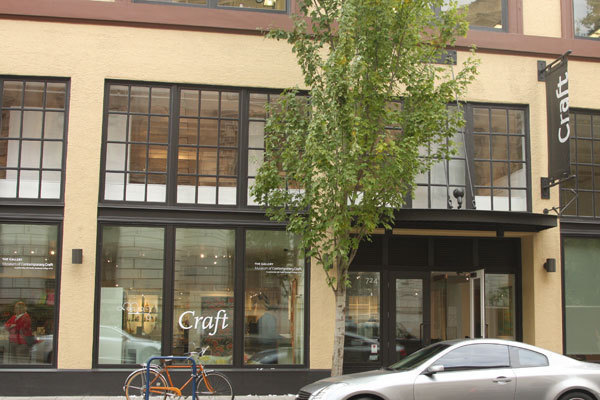 Founded in 1937 as the Oregon Ceramic Studio and built with labor from the Works Progress Administration [WPA] as part of President Roosevelt's New Deal, the Museum of Contemporary Craft is the oldest continuously-running craft institution in the United States. Though it is characterized more as a casual observance of the history of a variety of crafts in general, it has been especially instrumental in providing support and education for the newly-emerged studio glass movement during the late Twentieth Century, and of furthering the legacy of handmade goods in the Pacific Northwest. 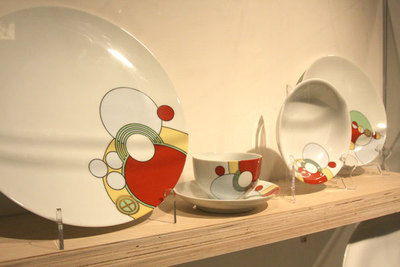 Founder Lydia Herrick Hodge's purchase of a ceramic-glazed bowl began the collection, which was grown over the next several decades with purchases and donations from a number of patrons. In 1964 the collection was re-named as Contemporary Crafts Gallery, and though the institution met with difficulties during the 80's and 90's due to lack of funds (and a lack of purchasing power for contemporary works of the period), it remained an important visual history of the narrative of American craft during that time period. The collection re-branded itself in 2002 as a Museum and Gallery space (where works by the artists, both local and international, were offered for sale), and again in 2007 as the Museum of Contemporary Craft. Since 2004 the collection has grown tremendously, especially in areas that had had gaps before (such as contemporary art jewelry and studio glass), and is now able to better reflect the confluence and divide between craft, design, and art. The Museum now creates exhibitions from a collection of over 1,000 objects. In partnering with the Pacific Northwest College of Art, the collection has also moved to a new space in Portland's trendy Pearl District, an area known for its boutique shopping, cultural events, and acclaimed restaurants. With this move into the heart of the bustling Rose City, the Museum has secured its place as a preserver of "work created in contemporary times...for future generations." 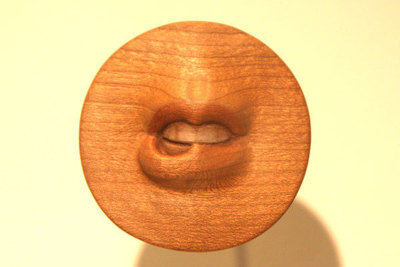 Though the exhibitions rotate and change throughout the year, I was able to view a variety of handiwork from a range of artists spanning the last 75 years, including Frank Lloyd Wright's 1916 tableware for Japan's Imperial Hotel (photo included), and Russell Wright's 1934 chrome corn set (photo included). A lasercut lace teaset and felted, beaded vase (both photos included), as well as numerous examples of abstract pottery rounded out the ceramics and object selection. There were a few larger floor sculptures, a display of zines, drawings from Kate Bingaman Burt's yearlong documentation of her consumer habits [What Did You Buy Today?], a book on Faythe Levine's documentary film "Handmade Nation: The Rise of DIY, Art, Craft, and Design" (2008), as well as jewelry hewn from wood, pricetags, and reclaimed metals. 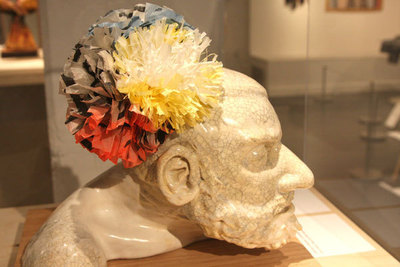 Always focusing on "quality of craftsmanship" as a determinant of whether an artist can sell through the Gallery, this space welcomes artists from all over the world and provides a way for them to reach buyers directly in an open, supportive environment. Of note were really funky ceramic pieces from Barb Campbell; beautifully-blown bell jars from local Andy Paiko; knitted wire jewelry from Nicky Falkenhayn, and felted wool mini-accessories from LeBrie Rich.

(Gallery photos from the artists' respective websites; Barb Campbell ceramic from the Museum of Contemporary Craft's Gallery Site; all other photos by Carly J. Cais for Cut Out + Keep.)