Learn how to make ice cream with Omaha's Ted & Wally's. 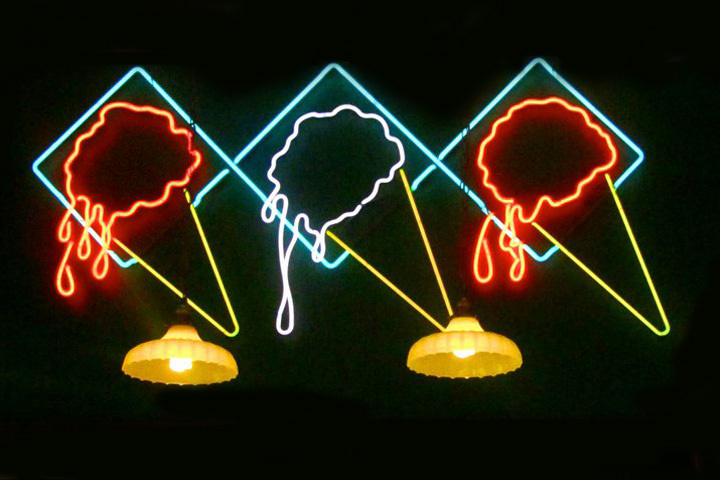 Based out of an old gas station in the heart of the Old Market, Ted & Wally's has become a local landmark in Omaha, Nebraska. With more flavours than you could dream of, it's no surprise that the lines often stretch round the block - even at 10 o'clock at night. After sampling our first scoop of their premium homemade ice cream, we knew we'd stumbled upon something special and couldn't wait to sit down with the team and find out more about the company. We also headed back into the kitchen to learn how to make sweet potato halva, an vegan ice cream (no milk!) which tasted amazing.

Ted & Wally was founded back in 1984 in Lincoln Nebraska, the state capital, and about 2 hours drive away. Ted & Dean owned it for two years before selling it to their brother and sister in 1986. They started Ted & Wally here in Omaha. "They owned it for 10 years - I worked for them for two, and Jeannie for six" explains Joe Pittack who now runs the shop with his sister Jeanne Ohira. "After 15 years, they wanted to move on and sold it to Jean and I to keep it in the employee family. We just worked here for a long time and never left. Bridget has been here six years." Bridget Kielty is one of the "ice cream magic makers" and says the best thing about the company is that they "hire really good people so you get to come to work with your friends and there's really good vibes. You're also doing something that makes people happy", Apparently, people can get really passionate about ice cream. "You won't believe how upset they get when we don't have the flavours. Some people want the weirdest weirdest things, like mint ice cream with gummy bears!" 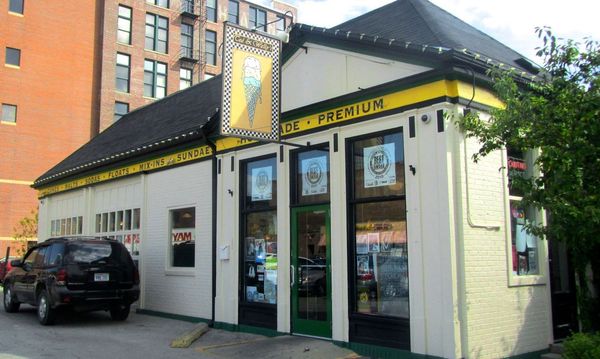 Having celebrated its 25th year in Omaha last summer, Ted & Wally's feels like it might look as retro as the day it opened with comfy wooden booths, bottle cap shaped lamp shaded and neon ice cream cones on the wall. "Dave and I renovated this gas station in 2001. We put a lot of work in to it and it definitely didn't look like this when we moved in. We built what looks like garage doors to add the gas station feel, added outdoor seating and an old gas pump." Two huge wooden barrels filled with crushed ice and water take pride of place in the center of the shop, where you can watch the ice cream being churned on any given day. "These are really old machines. These days, most people use batch freezers which are electric and freeze a lot faster but wouldn't work with certain ingredients like sesame seeds, which you'd have to mix in after. Ours let you add whatever you want and are very slow churning, folding the air pockets and removing ice crystals which makes the ice cream creamier with less air and less fluff. The difference is the texture these machines create. It's not a quick freeze and you can taste the difference. The salt brings the freezing point of water which is a really old technology for freezing. What we make today can be ready tomorrow afternoon." 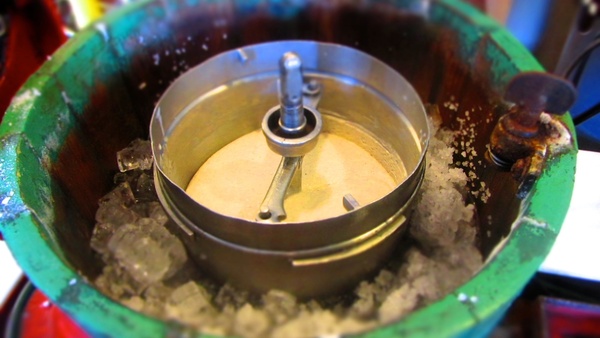 With ice cream such as butter brickle, popcorn, and black walnut up on the menu, we were curious how they come up with new flavours. "We've got over 500 flavours and lately we've been coming up with flavours daily. A long time ago we came up with jalapeneo ice cream which people didn't really understand because it was like a hot and cold ice cream. People have become more interested in wacky innovative flavours lately - like coliate chocolate, salty sweet caramel and avocado." Brigit adds, "French toast is a new really popular flavor and bacon, which people are excited to try it but don't really like. They taste good together though". After spotting our curious reaction, Joe explains how it's made. "For the bacon, you just cook it, crumble it and throw it in. It's really easy for us because we've been doing it so long, so you know your ratios. We go from there and then keep improving it until we find the happy medium. It's all trial and error. We had to get rid of bubble gum flavour because gum was being stuck everywhere. We replaced it with cotton candy which is a good trade off!" 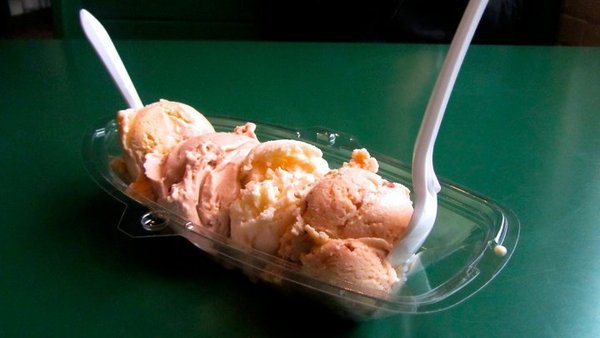 "They're just sprinkles - you can't put a price on sprinkles!"

"We did a top five poll of favourite flavours in the summer and they were cinnamon, chocolate chip, peanut butter chocolate, Dutch chocolate and mint chip. Chocolate seems to be a trend. I'd say butter brickle is a traditional Nebraska flavour - it was invented (along with the reuben) at the Black Stone hotel here in Omaha. We also rotate for the seasons and use whatever the current fruit or vegetable is. In the Fall it's pumpkin or apple spice and in the Winter it's peppermint or nutmeg. In March, we have Guinness for St. Patricks Day. We don't tell anyone this, but our sprinkles are free. They're just sprinkles - you can't put a price on sprinkles!" 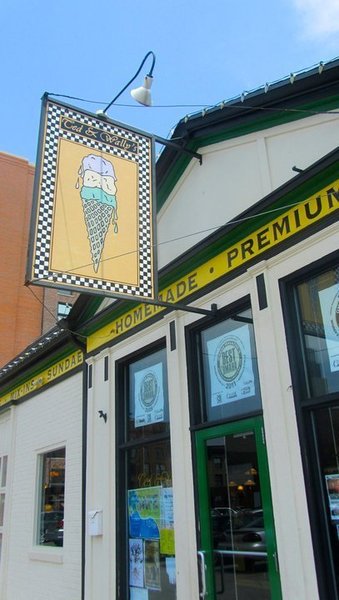 "The big thing that we've started doing is vegan ice cream. It covers vegan and vegetarian but also lactose-intolerant too. We have Vegan Chai right now and it's been selling well with lots of buzz on Facebook. That's the challenge - branching off in to different areas. Changing the base is like wiping the slate clean though and building up from nothing - it's a different mammal. Drea is our vegan advisor. Her sister used to work for us 10 years ago, so when we wanted to do vegan we gave her a call..

"I first became vegan 9 years ago, where there were a lot less dairy-free ice cream options around" explains Drea. "It's really popular nowadays which is good and the flavours have become a lot better. I actually prefer it to dairy. The thing you need for good ice cream is a high fat content, so if you don't use whole milk you need to find a better base that will work. Coconut milk is a really good and mimic cream which is a nut base. It's really similar to milk but you just need to find a base that will work that's creamy and won't get hard, chunky and icy"."

"It's become a lot more popular or the scoop sizes have got bigger. It's probably a bit of both."

"Summer is the busy time for us with lines out in to the parking lot. Last summer we broke our record of 22 cans a day. Typically we make 20 cans which are 3.5 - 4 gallons which is a lot of ice cream - over 70 gallons a day! We were only making 10 cans when we started, so it's become a lot more popular. Or, the scoop sizes have got bigger. It's probably a bit of both. As far as expansion goes, we like having our own little spot. Once you start getting really big, you don't own your own shop and it loses the heart and soul of what you're doing. So I think we'll pretty much stay here and do what we do really well."

You can find out more about Ted & Wally's on their website but we recommend stopping by their shop at 11th and Jackson when you're in Omaha! And if you're not in Omaha? Get road-tripping!

DarkAshHurts
“This place sounds awesome! I wish i could visit. ;)
I think hip candy & ice cream shops like this do really well & are amazing. Theres a tiny(!) candy shop in florida i love, that sells all new & retro/hard-to-find candies u loved. And milkshakes/fudge too. I look forward to it everytime i visit there.