We chat to artists Katherine Brickman and Kate Mitchell. 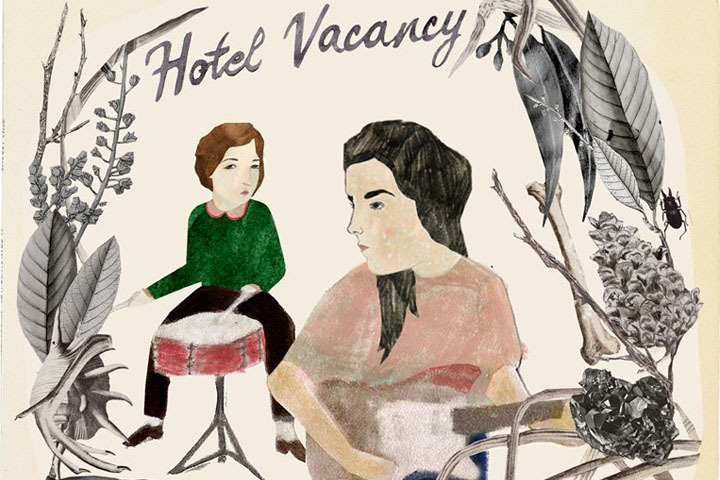 
Greedy Hen is an Australian-based multidisciplinary studio created by the collaboration between artists Katherine Brickman and Kate Mitchell. They are just one of the artists promoted by the arts collective Poketo. 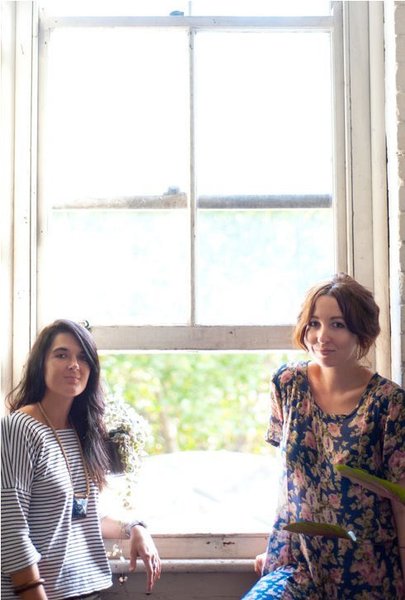 How did your artistic collaboration come about?
Kate moved to Tokyo for a year and when she returned it just happened quite organically. we would start working together kicking ideas around over a game of ping pong and see how far we could push an idea and then see if we could pull it off. Magically we always do!

What does the name 'Greedy Hen' represent?
Well the name comes from the treasure trove of our collective minds and it represents our massive and continual high five to life. We're taking all the golden eggs.

How would you describe your artistic style(s)?
Our work is tactile, messy, mixed media based. We play around mostly with collage and drawing but we like to try everything. Our backgrounds are in Fine Arts and so the way we look at things, the way we talk about things conceptually is informed by that. We're just a couple of Artists that happen to do a whole lot of things and get excited about a number of different mediums. We don't like to limit ourselves with boundaries; we make art, we illustrate, we work in Graphic design, we direct music videos, we make gig visuals, we make objects, we animate. Basically we cover so many different areas it seems a little archaic and stuffy to put ourselves into a box.

But if we had to try to describe the feeling we aim for in our art, we'd say it's like blue ink stains in the pocket of business man's shirt, sinking ships, peeling wallpaper, fogged up eye glasses, 60 cents under the couch, ice bergs, whistling men, broken glass on the footpath looking like diamonds, dogs looking like their owners...we're quite amused by quirky nuances in the everyday. 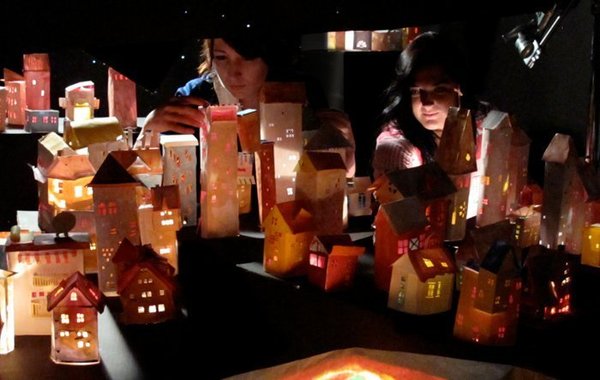 How has your involvement with Poketo helped you to reach a wider audience as artists?
Poketo has such an established name and a cult like  following  and through that interest people have been exposed to what we do and who we are. Team Poketo totally rule.

You have created music posters and short films featuring music. Does music have a place within your creative process? 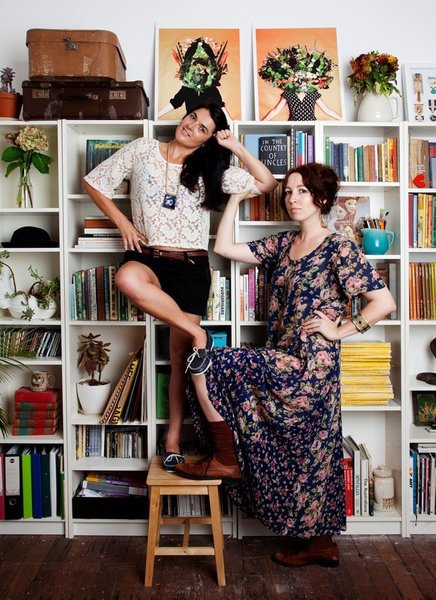 Absolutely, it's another one of those magical elements that affects everything we do. Music has the power to hold memories and evoke emotions. We're extremely fortunate to be given the opportunity to work with musicians and bands, making art to accompany their music. in those cases we try to visually create something to represent what the album sounds like to us.

Where do your draw your inspirations from? Do you inspire each other?
We do get inspired by each other, but we also usually have little running themes of random stuff that gets us going. At the moment its all about the 1965 film "GUMNAAM", hats, lots of water, jewels, anthropology, Indian experimental film, slide projectors, rocks of all shapes and sizes, 1985 Seasame Street colours, list making, and deserts.

Inspiration is a feeling, and we draw upon that space of the imagination, poke it, prod it till we cook something up and then that's what you get to see. It's a feast for the eyes. When we're working on a record cover, we'll listen to the music a whole lot and run with those vibes.

Which projects are you currently working on?
We're working on a solo show which opens on May 5th in Melbourne at an awesome gallery called Lamington Drive. Come and check it out!

You can find out more about Greedy Hen on their website.