Saddle Creek have a new record store in their hometown Omaha, Nebraska. 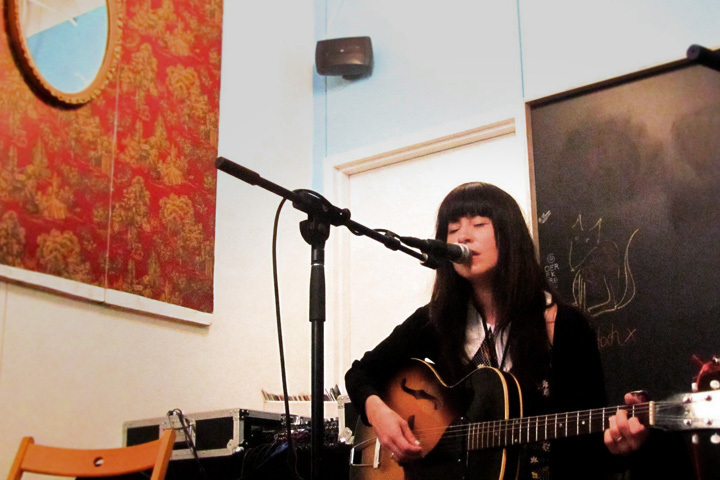 
Saddle Creek has always been one of our favourite record labels. Started in Omaha, Nebraska and producing bands including Bright Eyes, Cursive, The Faint and Azure Ray, the label has gathered a cult following. The label have recently opened a record store in their hometown, providing fans with in-store performances and a mini-museum, making it a must-see road-trip destination. 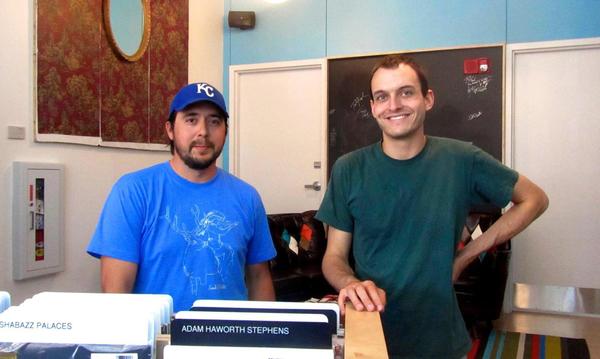 "Saddle Creek started as a tape label to put out Conor Oberst's first records. It was started by his brother at first. They sold a hundred tapes and used the money to release the next hundred tapes. Eventually they got CDs, then 7" records and eventually LPs." explains Jeff Tafolla. "I've been working here for 9 years. I was friends with everyone and when Lifted came out in 2002 they needed help with the store so I started woking in the warehouse and on the online store. My job has morphed in to different areas and now Nate runs the store. The best thing about the job is working with friends and for your friends. We know all the bands and they're all super nice. Everyone is working for the same goal and it's something you care about. Not working for a corporation or a store." Nate Welker has been working for Saddle Creek since 2006. "I started as an intern in 2005 and then went back to University in Columbia, South Carolina to finish my degree before moving back out to Omaha in May 2006. I've been totally involved with the label since 2003 with the street team on the Ugly Organ and Hold On Love campaigns." 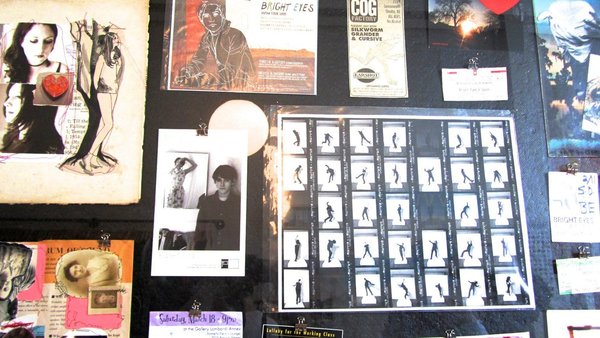 More than just a record store, the walls of the Saddle Creek store are covered in memorabilia from the many bands on the roster. "People want to see a physical representation of the label and we had this space, so we realised that we could just open the doors and sell all of our stuff - make it a destination. Also, there were a few instances where we couldn't find records we wanted in other stores, so it's nice to just order it in and know we'll have it. This is just a small portion of the memorabilia, we have tons of stuff and we're going to rotate it every 2 to 3 months. We were surprised how much we had and doubt we'll need to repeat anything for the next couple of years." 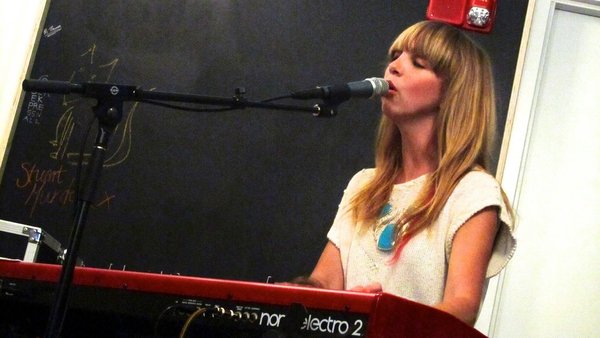 "It's unusual to work in the Midwest in relation to the music business and not in Chicago or Minneapolis. Everyone's in New York and LA. We don't get many visitors from other companies. If we were on the coast we'd be taking a lot more meetings which may be an advantage. Cost is low in terms of real estate and rent. There's a little bit of community you can miss out on by being removed but there would be a lot of distraction too.

You can find out more about Saddle Creek on their website.