Win yourself a copy of the new book from Mark Ukra. 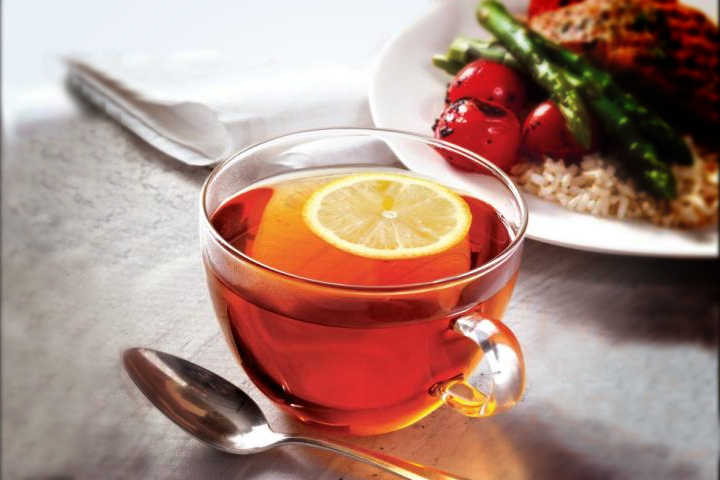 We've got 3 copies of Mark Ukra's new book, The Ultimate Tea Diet up for grabs. The book claims to help you "stop your cravings, curb your appetite, and help you lose 10 pounds in four weeks". So if you want to get in shape, tell us what your desired 'magical diet food' would be (sushi, pasta, chocolate..)?

Simply leave a comment with your answer below. Good luck!

Congratulations to our winners: George B, Jessie H & Tommy.

Alternatively, pick up a copy of the book from Amazon now!

Stephanie N.
“I would have to say diet coke or coffee! It fills you up, and under 10 calories (unless you dont take your coffee black)” 29th March 2008

Joielu
“It would have to be the "SEE FOOD DIET" - anything goes! Isn't it true that it's all good in moderation?

Rachel H.
“Tea and its many incarnations are yummy” 24th March 2008

Candybat
“My desired magical food would have to be chocolate chip ice cream!” 24th March 2008

rebecca w.
“i love this pasta salad at trader joes. it has spinch, almonds, and pesto sauce, that goes perfect with ginger lemonade... ugh.. but they never have it in stock. you have to be there when they first arrive or you have to wait like another month! ahah. thats how good they are! oh and sushi. i can NEVER get enough. ” 20th March 2008

Mrs Edward Cullen
“Great! I Really Want That Book Too

Well If Only everything Was my magical Diet..

i could go to different countries and try their food, and when i go out i always have dessert!
plus the Bad thing i do is go out for exercise for about 2 hours then come back home and eat chocolate, crisps, and probably other fatening stuff.. but if i had this book and everything was magically not fat, then i would be the skinny one of the bunch!

Nicole Renee
“Mine would be something that's tasty, and not hard to keep. I have tried tons of diet things, but none of them are that great. Probably my magical diet would be something along the lines of ice tea and some sort of healthy chocolate.” 17th March 2008

George B.
“My "magical food diet" would consist of the following:

Brekkie: Waffles with a blob of vanilla ice cream and chocolate sauce. A glass of diet coke and a handful of Haribo for the bus ride to work.

Mid-Morning: For the mid-morning peckish time a nice cream bun with jam, or if I'm feeling savoury then salt and vinegar crisps!!

Lunch: A jacket potato with butter, chicken, sweetcorn and mayonnaise following by a chocolate brownie. And more Diet Coke of course!!

Dinner: Taglitelle with a creamy mushroom sauce and bits of chicken, mushrooms and spinach. Topped with grated cheese!! And some garlic bread of course, the inner bits not the hard end bits lol!

Yvette K.
“MY magical diet food would be sushi believe it or not

With pizza, burgers, fries, cakes, and sweets, I can enjoy them, but I will get sick of them within the seconds; however, with sushi I can never get sick of it because it consists of my four favourite things: seaweed, rice, some soy sauce, and the filling( which is avacado, crab meat, fish...hmmm yum)It's like a party in my mouth. I was born to eat sushi, and meant to live with it

Emi
“I drown myself in tea all the time...
At the most, I drink up to probably 10 cups a day
or something like that...

I wish chocolate had magical dieting powers!
Then I'd probably be the fittest girl around...” 9th March 2008

teighlor gray
“mmmmm tea, that would be a wonderful book to have~~
oh but maybe not as good as a 'rack of ribs smothered in bbq sauce' or perhaps 'a 24 pack of pepsi and a few dozen snickers!!!!!`` if only i could find something wonderful to replace it all??? But what?” 6th March 2008

reese52
“If I had to choose just one it would be dark chocolate, but there are others that I could add to that list.” 4th March 2008

Stephanie
“Magical diet food...hmmm at the moment im pregnant so everything is magical diet food. Books not really going to help with cravings nor my crazy roller coaster appetite... nor will it help me lose 10 pounds. But I could certainly use all the help I can get after my bub is born. So my magical diet food would have to be a hot chocolate with Tim Tams eaten like a straw...bite off a small end of each corner and suck till you get milk then pop the whole Tim Tam in!!! It just melts in your mouth...i have yet to find anything as magical!!!” 4th March 2008

Courtney Couture
“hm mine would have to be sushi, then id HAVE to eat it all the time XD” 4th March 2008

Irene A.
“i would have to say that my 'magical diet food' is ice cream. It's always there when i feel down or just need that something extra at the end of the day. Ice cream can make any rainy day a bit brighter. ” 3rd March 2008

I'm currently reading a chapter here and there. So much for new years resolution lol. I'm a tea freak so it seems like the perfect thing for me! I have to stop procrastinating and actually read the book though lol. Oh btw my magic diet food would be pasta” 3rd March 2008

CO+K User
“My magical diet food would have to be pizza. If I could stuff my face with that warm, gooey, cheese and crunchy crust all day AND loose weight, I'd certainly think I'd died and gone to heaven.” 2nd March 2008

pinkpresent
“this is great-- i need to get off the diet coke and milo's tea...my magical diet food would be fettucine alfredo. no chicken--no nuttin' but the cream sauce and pasta” 1st March 2008

Mora Eden
“This book looks so interesting I'd love to read it.” 1st March 2008

Margaret T.
“My magical food....I need more than 1! Circus peanuts, pizza, waffles, peanut butter, bourbon (I guess that doesn't count as a food). But, if I can only choose one - definitely peanut butter. darn, now I'm hungry” 1st March 2008

Margaret T.
“My magical food would be....circus peanuts. They are quite the comfort food due to the childhood memories that come pouring forth whenever I eat them. ” 1st March 2008

Jasmin N.
“I would love to have deep fried stuff deitable. *sighs* i love my deep fry chicken” 1st March 2008

tarrah.
“me and my sister went on a delightful dieter's tea (green box)it was fantasic we both lost about 5 pounds in one week i totally recomend it” 1st March 2008

Zombie Soup
“hmm... I would have to say the food im perpetualy craving would have to be mini shortcakes. Sliced strawberrys that have been fermenting in there own juices coaxed out by a helping of sugar on a mini cake with a small amount of whip topping. Extreamly decident but oh so amazingly flavour full. Though you could go a tad healthier and eat the sugared up strawberrys without the cakes and topping.” 1st March 2008

Tommy
“Tea *is* my magical diet food. Replaced those many cans of Coke I used to drink every day. Provides a gentler kick in the morning than Coke or coffee. Is actually somewhat good for my teeth, too.

Now you'll have to excuse me, a new shipment of Lapsang just arrived.