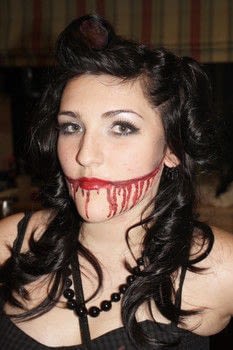 Makeup for the Black Dahlia
It was my friends dead celebrities party and I wanted to go as something quite unusual. I started thinking along the lines of famous murders and thought it would have been pretty hard to be a jack the ripper victim because of the costume. I instead opted as going as Elizabeth Short who was known as the Black Dahlia murder which happened in Los Angeles in 1947. I did what is called the 'smile' with red food coluoring,a bit of blue food colouring, cocoa powder as I no face paint. I would actually reccoment making up your own fake blood mixture (which you can find tonnes on the internet) and painting it all on with a paintbrush like I did. Make sure to drip the blood down as it looks visually more realistic.
I did a pinup makeup before hand and then did the scarring over the top. Again pinup makeup is easy enough find find other tutorials but I tend to wear it often so I found it easy enough.
Completeed the look with a black 1940s style dress, heels and did my hair in victory rolls!
hope you liked it! xx

Tiffany S. posted this project as a creation without steps 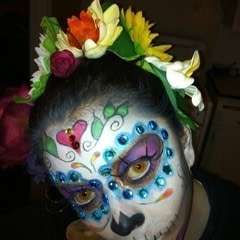 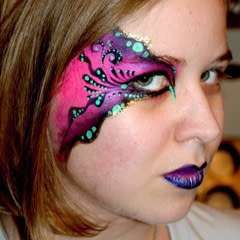 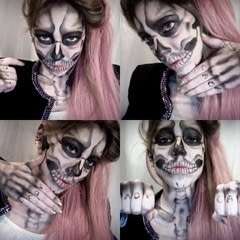 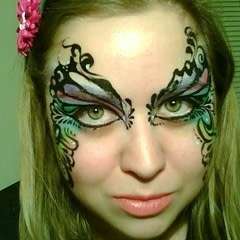 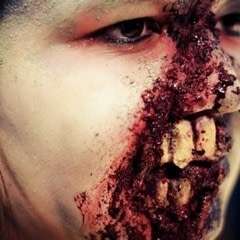 Very Dead Zombie
Made this project? Share your version »

Spookachtige · Erie, Pennsylvania, US · 2 projects 9th April 2014
Wow. that is so creative and definitely unusual. great job! and your friend's idea for a party... Macabre but cool. xD
Reply

Spookachtige · Erie, Pennsylvania, US · 2 projects 9th April 2014
Wow. that is so creative and definitely unusual. great job! and your friend's idea for a party... Macabre but cool. xD
Reply