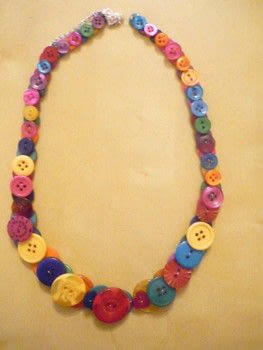 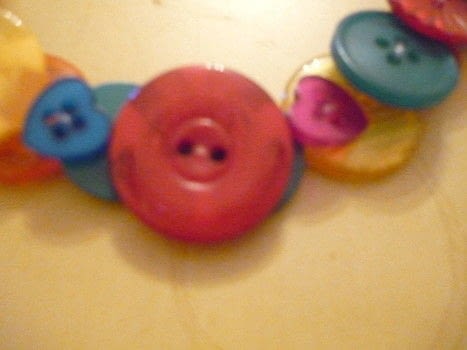 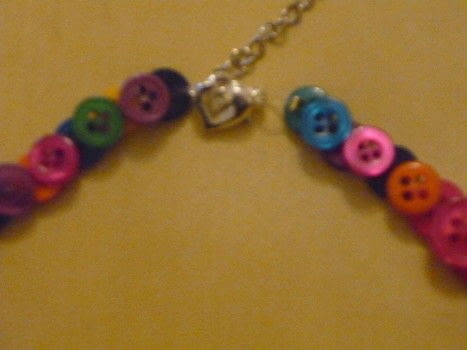 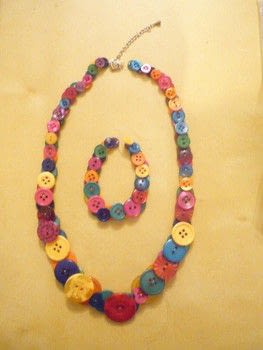 A bright and colourful present!
I made this for my friend for her 18th birthday. One of the picture shows the bracelet that goes with it.

It was really easy to make - a lot of people have problems with buttons lying properly, but all you need to do is double up the buttons, weave in and out and steadily increase and decrease them.

You can see in the third picture the heart clasp I used which I absolutely loved!

I want to hear from you guys, would you buy something like this if I were to sell it online?

Durinda S. 22nd November 2011
I am making button necklaces. I am using simple 2-hole shirt buttons and would like to get some more. Does anyone know of a website where I can order buttons in bulk?
Reply

heySOULsista · 2 projects 8th August 2010
I would buy it! You should make a ton and sell them!? Love it. Made a bracelet! from vintage buttons .. Only problem, I forgot to measure my wrist!!!! xx
Great Project.
Great Mind.
Great Art.
Reply

Ashleigh Davidson · Arkadelphia, Arkansas, US · 12 projects 6th May 2010
I saw this and had to go to Wal-Mart to get buttons ASAP (I make button rings so mine were all used up). This is such a cute idea! I think I got it right, but I'm not sure. I mean...it's holding together! I wish it were more clear/photographed. Great job, anyway!
Reply

rawwrrr(: 25th June 2009
my friend made me a button bracelet just like that at camp.i love it so much(:
Reply

Jane C. · 11 projects 19th March 2009
this is wonderful and very artsy ! i would love to know how to make the necklace plus i definitely would purchase this online if i had the chance <3 <3
Reply

Caitlin J. · Bartow, Florida, US 21st January 2009
This in insanely cute! I made mine out of all big yellow ones because they're my face but this one is BEAUTIFUL
Reply