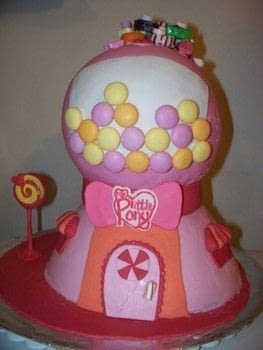 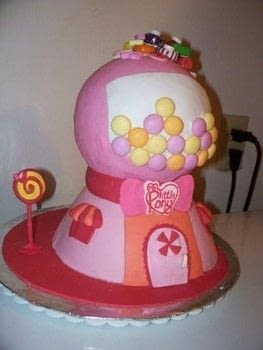 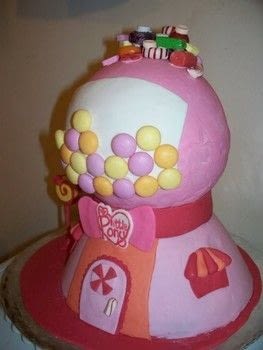 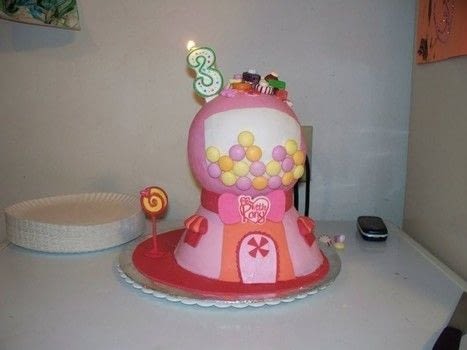 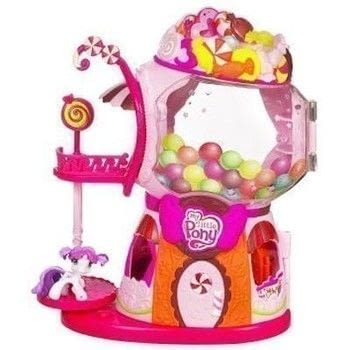 Sweetie Belle's Gumball House made into a 3D cake!
my oldest daughter is a big My Little Pony fan. i had asked her what kind of cake she wanted for her 3rd birthday, and immediately she responded with, "My Little Pony!" i wanted to try for something challenging, so i looked up 3D MLP cakes. i wasn't finding anything that i really liked, and after watching one of her newer MLP movies, i was inspired to try and make either Sweetie Belle's gumball house, or Pinkie Pie's hot air balloon house. i couldn't think of an easy way to make a 3D hot air balloon; most of the ideas i came across on the internet were flat cakes, and the few 3D ones were professional ones without any instructions. so i looked up the gumball house. again, the vast majority were flat cakes, but i did find a few 3D ones. never came across one that was specifically Sweetie Belle's house though, so i had to do it myself! i found a toy version of Sweetie Belle's house (picture #5), so i based my cake off of that. i also bought her the toy for her birthday :)
first off, i am NOT a baker. i had a really old wonky stove for a very long time and anything i tried to bake came out too burnt or not cooked enough, so i gave up trying to learn to bake. i got a new stove (thanks, dad!) a few months before my daughter's birthday and i was really excited to do something fun!
secondly, this was my very first time working with fondant; combine that with trying to get the fondant on two odd-shaped cakes and you can see that it is soooo not neat or anywhere close to looking beautiful! it was a great learning experience though!
the base is made from a Wilton Wonder Mold, commonly used for Doll Cakes (you know the ones, with a Barbie torso sticking out of the top, and the cake is the dress's skirt). the top is made from a Wilton Ball Cake pan. the fondant was butter cream fondant, not too sweet but also not the kind that has no flavor, and it was colored with gel food coloring (gel gives a much brighter color). the My Little Pony logo was drawn with a toothpick dipped in a sort of runny paste made from powdered sugar and water, also colored with gel food coloring. then obviously the candies on top are just various candies (my husband did that part, i'm honestly not a fan of his arrangement). the lollipop-looking decoration to the side was actually a lollipop covered in fondant. i did try to make the balcony; i made the swirly part of the "roof" to it with a twizzler wrapped in fondant, made days in advance so it would harden, but it wasn't working out. the fondant cracked and fell apart because the twizzler itself was soft. i made the base of the balcony with a graham cracker covered in fondant, and that worked, but it was heavy, and nearly impossible to trim to fit around the ball cake (i should have thought of that BEFORE i made it!). then i ran out of ideas to get them to stand up. now i'm thinking i probably could have used a couple thick straight pretzels to hold up the balcony base, but still no ideas on how i could have attached that swirly bit to it. well, a few, but it doesn't matter! the "gumballs" in the "window" on the top ball cake are just mentos. all of the other small details are molded from fondant.
i think that covers everything, if i missed anything let me know and i'll wrack my brain to remember what i did! 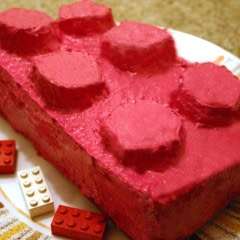 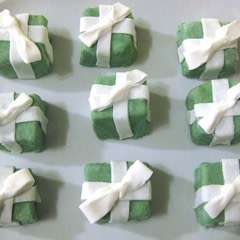 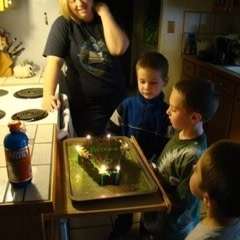 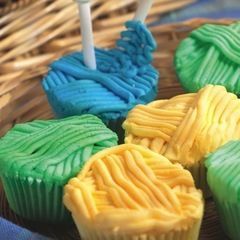 Knitted Novelties Cupcakes
Made this project? Share your version »

fetisha · Mechanicsville, Virginia, US · 36 projects 18th August 2011
thank you so much! i've seen so many other great entries though, mine is far from perfection!
Reply

RosiiPosii · Leeds, England, GB · 4 projects 18th August 2011
That is an amazing cake! well done you! if this doesnt win i'd be shocked!! x
Reply

fetisha · Mechanicsville, Virginia, US · 36 projects 16th August 2011
thank you so much! she LOVED it! i started on some of the small details a few days in advance, but waited until the night before her party to put everything actually on the cake so that she would be surprised. and she was! i can't tell you how many times that little girl thanked me, and told me i was her "good mother" (she loves that movie Coraline, where she got that line from). next month my youngest is having a Strawberry Shortcake cake, and then my oldest wants an Ariel (from My Little Mermaid) cake for her birthday in December. i've created a couple of monsters thanks to this cake!
Reply

Sohma 16th August 2011
Oh wow. I saw this in your entry to the baking contest and knew I had to come and take a closer look. I love the detail you put into it, and even though the balcony didn't work out, and it looks phenomenal! How did your daughter react to it?
Reply