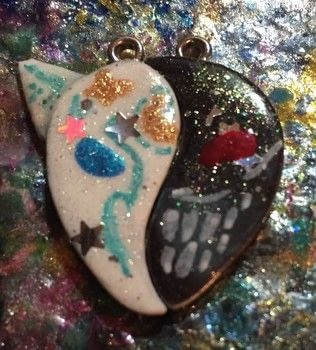 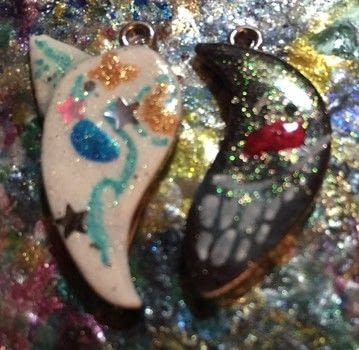 Two worlds
This was originally an yin yang pendent in the shape of an alien head at first. So I thought about throwing it away ,but then I started to look at it and the yin part started to remind me of a mask, then I had the idea of making it into a galactic spirit mask but then halfway through I forgot what I had envisioned then I thought about the guy i was dating at the time. And how we were from two different “worlds” and we had experienced some of the same things. So I decided to make one side something my the guy would like and made an ferocious looking alien on the side made to look like a galexy, and the other I tried to make into a mystical kitsune mask.

2022: I dumped the guy due to his manipulation, abuse and pitiful* nature back in May 2021. Do not ask me about the overgrown man child
* 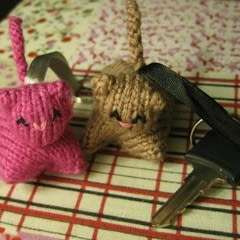 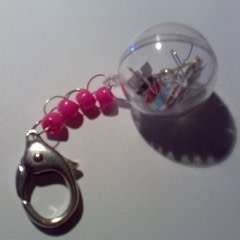 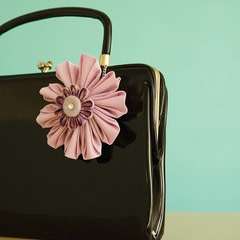 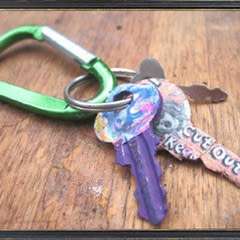 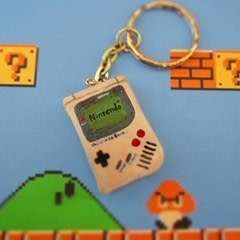 How To: Retro Game Boy Key Chain
Made this project? Share your version »