The Count´s Got A New Cape! 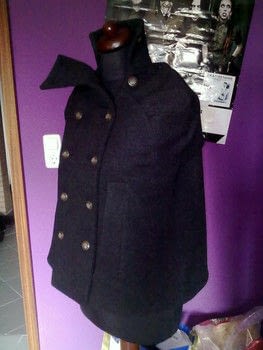 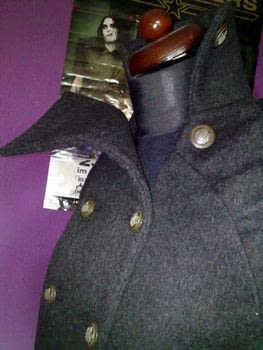 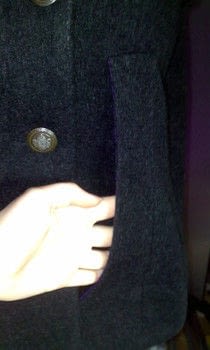 ~ ~
after a swap and my exams i had some time for making this. if you remember my the count inspired coat you might recognize some things. i got further inspired from that coat to make a similar cape.
the colors and fabrics are the same black wool and purple lining and i tried to throw in some elements i had used for the coat. though, i didn´t want the same look!
so, i have the wing tips at the welts. the raglan attachment with scales from the coat turned into a dividing seam with a flap that goes around the back. i attached a high stand up collar instead of a short one and a detachable two-rowed button tab.
it was my first cape i sewed and the first time i made a pattern for it. i once took a pic of a construction drawing but had no instructions, so i guessed a bit and even removed the ugly breast dart acciedentally :) and it turned out okay, just a bit bulk at the shoulder, i think i should´ve added some more width for ease as the fabric is a thick one, mabe i remove the flap some day...
the most work was to stitch the 12 buttonholes by hand, but they look much better than the machine stitched and i actually enjoy stitching them, it´s some kind relaxing :)
for the wool fabric i payed 10€ per metre and needed approx. 1.2m. the lining was 3€ per metre. the buttons were about 4€ for 10. all in all, about 30€!

So posted this project as a creation without steps 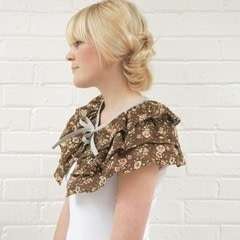 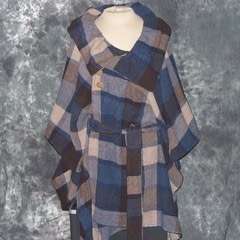 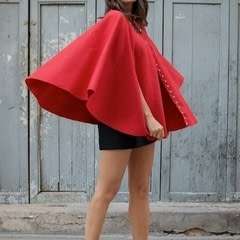 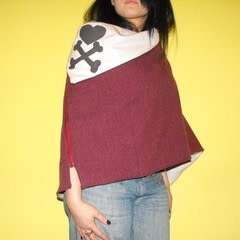 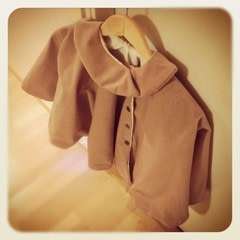 The Chim Autumn Cape
Made this project? Share your version »