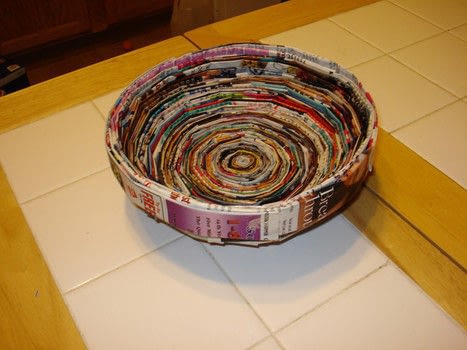 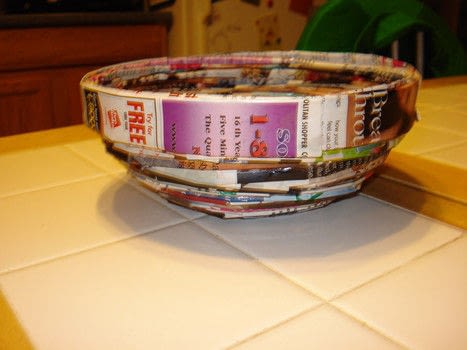 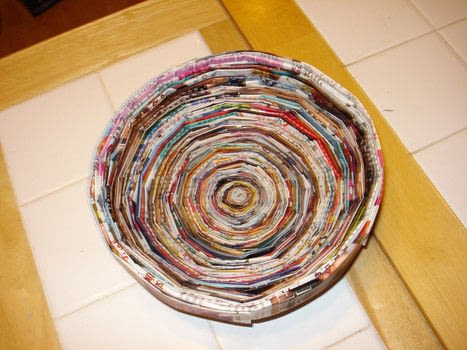 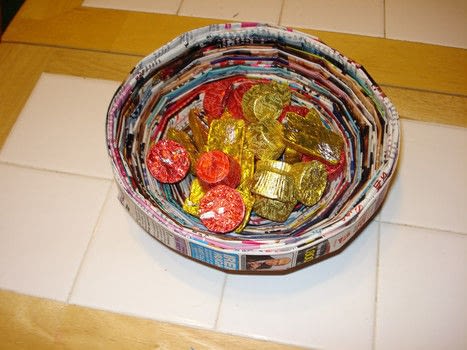 Bowl made from pages from a Magazine
I saw many different version of these bowls and really wanted to try to make one.

I used an entire Cosmo magazine in the making of this bowl. All the items I used I had around the house.

I took a page from the magazine and folded it in half and then opened it up and brought the edges to the center and folded each size in again to make a nice 3/4"-ish strip. I coiled that strip and taped it together. I continued adding strips until I used almost the whole magazine.

Then I found a bowl in my cupboard and layed it upside-down. I placed my magazine bowl on top and formed it around my real bowl. I then took it outside and sprayed the outside and then inside of the magazine bowl with clear varnish. That didn't seem to give it enough hold, so I then made a water-glue wash and painted it on inside and out.

It makes a good candy bowl.

Fallan R. posted this project as a creation without steps 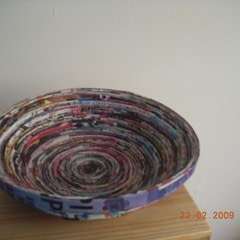 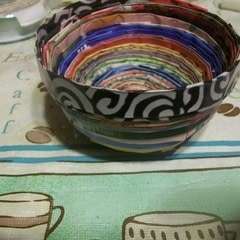 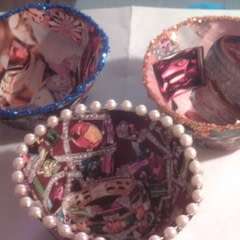 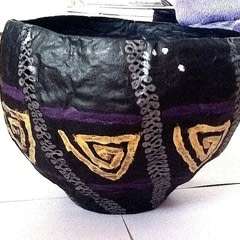 Paper Mache Bowl
Made this project? Share your version »

I May Be Rude But I'm The Truth · Torrington, Connecticut, US · 23 projects 11th September 2009
I actually saw these being sold in a store! i thought they were so cool and wanted to try but i have not tryed yet
Reply