Hitchhiker's Guide To Your Galaxy 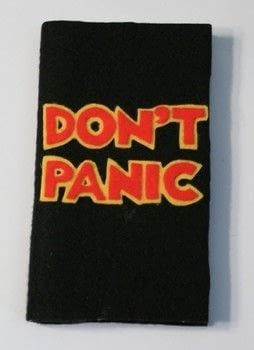 Don't Panic!
So I bought a cheap address book at the dollar store and was so mad they didn't have anything interesting on the covers. So I decided to hot glue some black felt to the cover and then made the Don't Panic logo from an image such as this
<img src="http://ffmedia.ign.com/filmforce/image/article/579/579545/hitchhikers-guide-to-the-galaxy-the-20050113043117430.jpg" width="400"/>
then glued that to the cover and voila!

My next idea is to actually cover the book with terrycloth so that your guide is also a towel.

Amy B. posted this project as a creation without steps 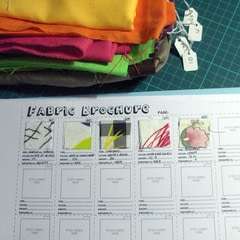 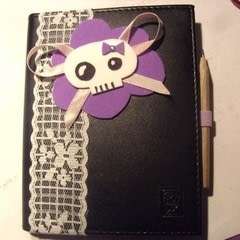 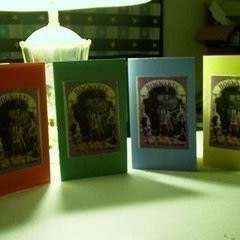 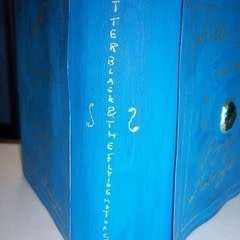 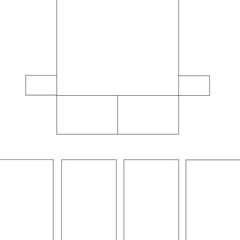 Drea G. · Guam, Missouri, US · 3 projects 7th February 2009
I want to make this for the friend of mine who introduced me to the book.

Thanks for sharing.
Reply

Thank you for the joy.
Reply

if that lady in the shopping centre is still selling personalised machine-emroidered name towels I'm totally getting one for my bf!
Reply