Fall Out Mentats And Caps 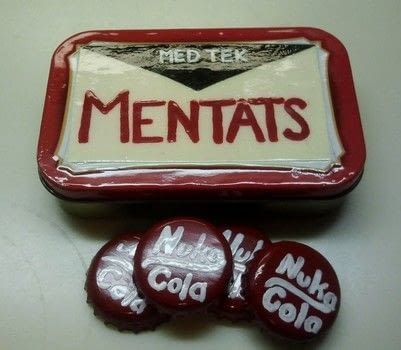 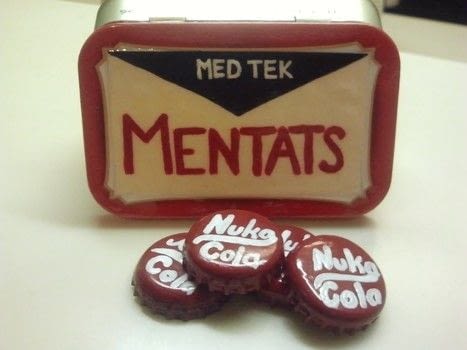 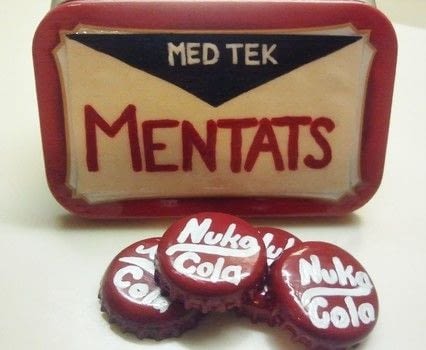 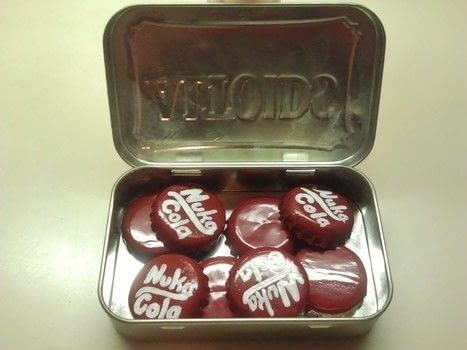 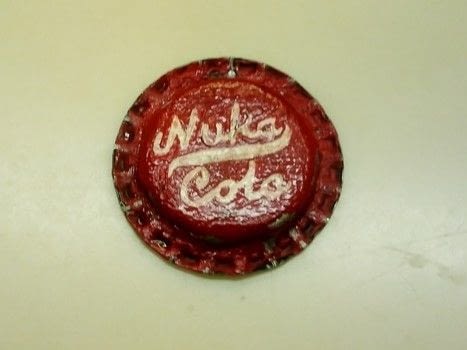 need a fix? need some cash? you've come to the right place :)
My younger brother and I sat around one night while he was vacationing with me and we made Mentats and Nuka Cola Caps! Because we both looooove FallOut3 and New Vegas <3

For the Memtats we used an Altoid's Mint tin (large) and just made a new label from construction paper, then did the lettering in nail polish because we wanted the letters to be raised. We then glued the Lable onto the tin and covered the whole thing in a few coats of glaze.

For the Nuka Cola caps we just used bottle caps and sanded off the paint with sandpaper. Then painted the whole thing with red nail polish, when that dried we lettered on NUKA COLA! Then added some layers of glaze too.

The last picture is of a more detailed Nuka cap I did. I made the lettering just like in the game and then I scuffed it up and made it look used and dirty. Also its flattened out and has a hole in the top so I can put it on a necklace :)

Princess Pam-attitude posted this project as a creation without steps 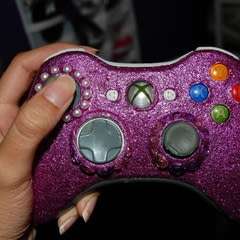 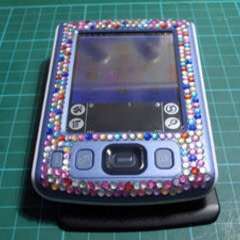 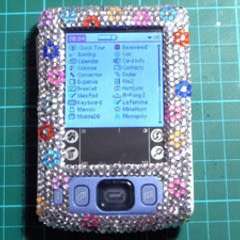 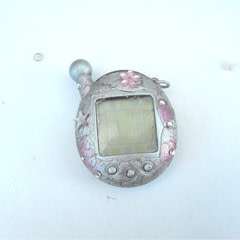 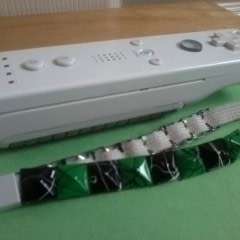 ~Studded Wii Strap~
Made this project? Share your version »

Annika S. · Germany, Pennsylvania, US · 4 projects 13th August 2011
Fabulous! I already have an idea how I could adapt this for my lipsmacker Coca Cola cap gloss...
Reply

Delyssa F. · Pearland, Texas, US · 8 projects 6th August 2011
I loooove that game too! and i loooove this project!
Reply

Kiki · Canada, CA · 6 projects 2nd August 2011
This is glorious. I know what I'll being doing this weekend

HarleyHeartless · Syracuse, New York, US · 2 projects 1st August 2011
My husband: OMG NO WAY!!!! THAT IS SO AMAZING WE HAVE TO MAKE IT NOW!
Reply