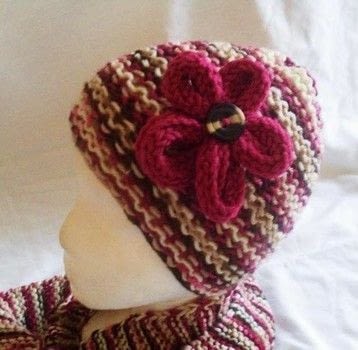 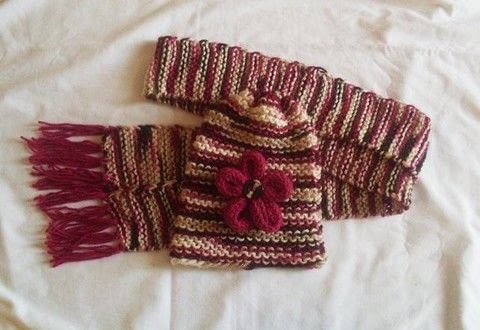 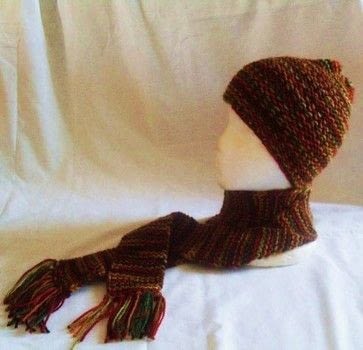 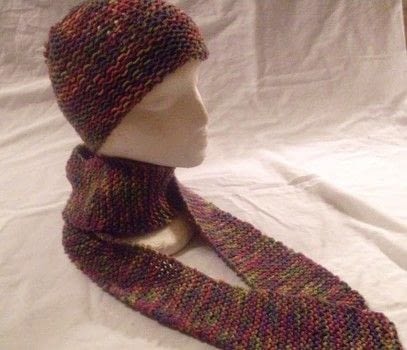 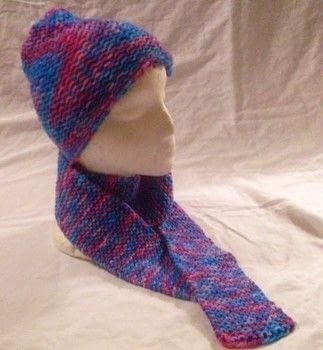 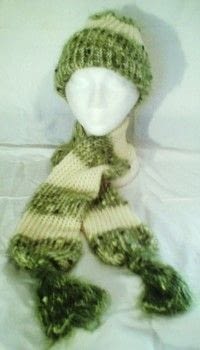 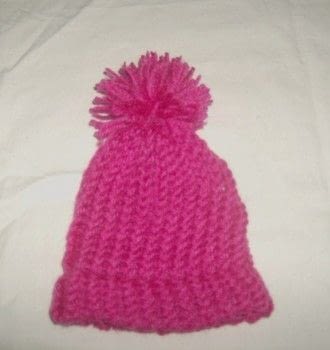 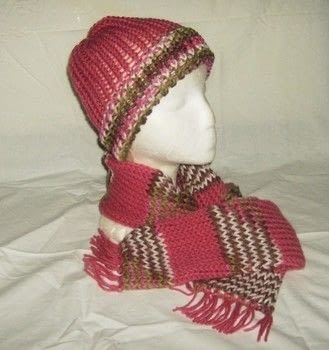 Loom knit hats and scarves
These ensembles are knitted with a garter stitch on a knitting loom. The first set shown with the hat has a tube knitted flower attached with a coordinating button.
Some of the other sets are knitted with the regular e-wrap stitch with brims.

Yarn Blue and green round Knitting Loom Loom Tool
Made this project? Share your version »

Creativemind · Tuscaloosa, Alabama, US · 116 projects 7th June 2011
Yeah Nikki, I tend to use the garter stitch pattern when working on my looms, which requires you to wrap one peg at a time. The e-wrap technique is working all the way around the loom before you wrap over the looped pegs, the same way you make the small tube with a 4 to 6 peg loom.
Would love to see some of your work. BTW, welcome to CO+K!!
Reply

Dragoness · 28 projects 7th June 2011
I love this, although I'm a bit confused about the knit and purling, I just usually put the wool on (for the first row), then the wool above the loop, and bring the loop that was on the loom over the wool and off, then go round in a circle. On a 4 peg loom it makes a small sort of tube, bigger ones a bigger circle. I can't work out if this is similar to the way you said to do it or not.
P.S. I just bought myself a set of 4 different sized looms for £12

I now have big ones instead of small ones!!
Reply

May O. · Edgewater, Florida, US · 33 projects 18th December 2009
wow i gotta learn to do this!! I dont know jack or diddly about crochet or knitting tho.
Reply

Creativemind · Tuscaloosa, Alabama, US · 116 projects 10th January 2009
Thanks mangolicious, the yarn I used is Red Heart Cherry Chip varigated yarn, (hence the name of the set). The looms I used came in a set together with a total of 4 looms in different sizes. Here in the States you can get these at most craft stores or Wal-mart, which is where I got mine for only $12 bucks. I have 2 sets. Knitting with looms is way easier than knitting with needles.
Reply

!!..i have to make this (though, have to buy a loom first