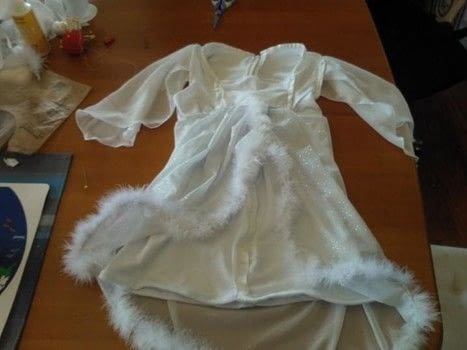 a costume to disguise a devil.
I used a dress pattern found in spotlight. (any dress pattern can be used depending on the style of dress you want)Trimmed the neckline and sleeves with white satin ribbon because it was pretty :D. Then added draping sleeves in a slightly opaque fabric that were gathered at the top and open on the underside of the arm. After that I attached a long sparkly overskirt (used dance costume fabric) which I trimmed with a white fur Boa. To edge the fabric used for the sleeves and the overskirt I just did a zigzag stitch around the edge to prevent fraying as I felt a folded hem wouldn't look so great :D (and I didn't have an overlocker, a problem that has since been rectified)

Also part of the costume were a pair of wings and a Halo, which I bought instead of making as I ran out of time :D

Pro- Looks fantastic.
Con- Loads of Glitter and bits of feather everywhere!!! (and I mean everywhere!)

I also made an adult version of this for myself, which was much easier, as I don't squirm and throw tantrums during fittings... well, rarely... same principle. Just bigger :D

Teagan D. posted this project as a creation without steps 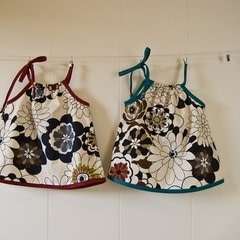 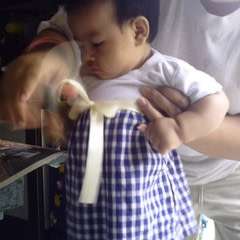 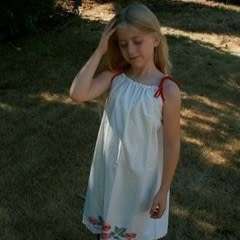 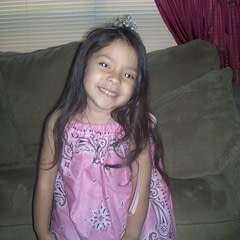 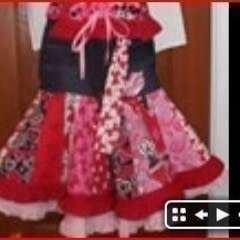 Gaucho's Out Of Jean's
Made this project? Share your version »