What You Should Listen To

Hot music tips on what you should be listening to from your favourite bands, celebrities and the indie kid next door. 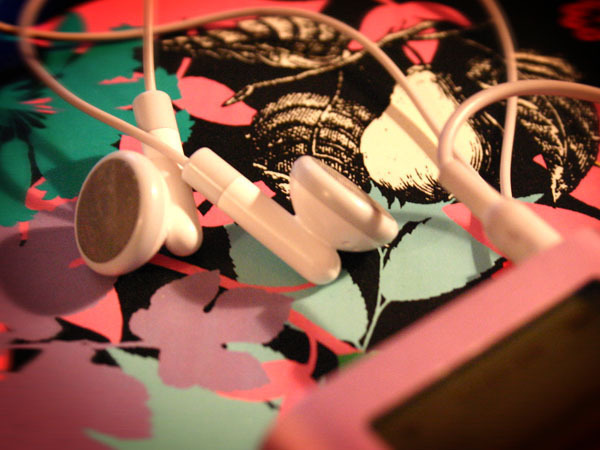 
"LCD Soundsystem; The Cribs; the Twilight Sad; Willy Mason; Yo Majesty; The Shins; Patrick Wolf; Modest Mouse; Low; Klaxons; Biffy Clyro have all had singles and/or albums out that have blown me away this year." - Gary Lightbody (Snow Patrol)


"Bat For Lashes because she's the new Bjork, The Silversun Pickups because they are grunge rock with pop sensibilities, Mark Ronson because it's the summer soundtrack, The Smashing Pumpkins because it's the return of the greats of rock and UNKLE because it's what happens when a DJ goes to the dessert for three months and comes back with a rock album." - Graham Neale

"This month you should be listening to Pipes (old ones), Words Of Advice, The Booty Register, Car Alarms, Speds Nofarm, Hole Food, very early Geoff Cannon demos (earlier than the available ones) Baby Noyz, Whorechestra, The Harry Potter & Ron Weasley Jazz Band, Train Fight and The Beatles. And the new rap by Shazam Amazingskills will make your cheeks hurt." - Adam Buxton

"Biffy Clyro, because 'Puzzle' is the most universal album of the day - whether you're working out or staring wistfully out the window, it fits, Hellogoodbye, because people take make music too seriously, and The Used, because there's nothing wrong with just getting moody and kickin' ass now and again" - Alan Jack

"Belleruche - Turntable Soul Orchestra for proving there's life yet in the old 'sultry female vocals over beats' sub-sub-genre. Lefties Soul Connection - Skimming The Skum is instrumental retro funk from Amsterdam, I hate to say it but it's kinda how I wish the new Beastie album sounded. Kitsune Maison 4 compilation, forget you've ever heard the expression 'Nu Rave' and this is just a great collection of exciting new bands. Feist - Reminder because it's lovely relaxed adult pop and a million others things, some shockingly bad, some which remind me why I do the job.... - Nick Anna (Clash Magazine)

"Bis, album We are Bis from Glasgow, Scotland, because they are the best band you have never heard of (or hopefully you have.) Catchy as hell, dancy, electronic synth pop with distorted guitar riffs and layers of harmonies. This trio will have your booty shakin' with their heavy beats and have you singing along with their playful (yet intelligent) lyrics. Lo fi hiphop, new wave, indie rock, ethereal shoegaze, it's all in there.." - Chrissy

"We're doing a tour with The Cribs, so I've been listening to their first few records. Early Peter Gabriel, Zapp and Roger, some hip hop, Masta Killa, WuTang!" - Hutch Harris (The Thermals)

"Regina Spektor because her music is just so beautiful, smart and otherworldy and Biffy Clyro's triumphant Puzzle as it has the power to restore your weary soul" - Collette Teasdale

"Just bought The Sex Pistols at the Denver airport, my hubby Chris Boehk just had a new solo CD come out, I recently downloaded quite a bit of Steely Dan and Billy Bragg. The ole My Space profile just got switched to The Gossip. I saw Christopher Cross play last month and I’m buying Def Leppard tickets for the end of the summer. Others I’m toe tapping to are Girl in a Coma, Silversun Pickups and Plastic Little." - Jennifer Perkins (Naughty Secretary Club)

"Tokyo Police Club & The Hidden Cameras because all the quirkiest and best bands are Canadian, UNKLE because they're doing a better job of saving my soul than any religion's yet managed, Little Man Tate as they're the Arctic Monkeys' smarter more talented siblings and Secret Machines because 10 Silver Drops was one of the best albums of last year." - Wendy McCredie

"Ash have just released their fifth album, "Twilight of the Innocents" and are one of my favorites bands combining punk attitudes with fantastic rock riffs and layered pop melodies. This Irish band keep delivering the goods. Also on my slate of things I'm digging....Amy Winehouse, Jet, and going a bit more underground...The Hangmen are very cool." - Share Ross (Bubble & Punk Knit)

"If you like Heavy Metal and are from Scotland you should be listening to Man Must Die, Mendeed and Battleheart. Man Must Die were recently the only UK band to have ever been signed to Relapse Records! And of course there's always Ragnarok Radio" - Victoria Baker

Why don't you give us your own two cents on what we should be listening to?