Memoir of a Chick Drummer

A chick with sticks, notes from the road from The Jolene's drummer. 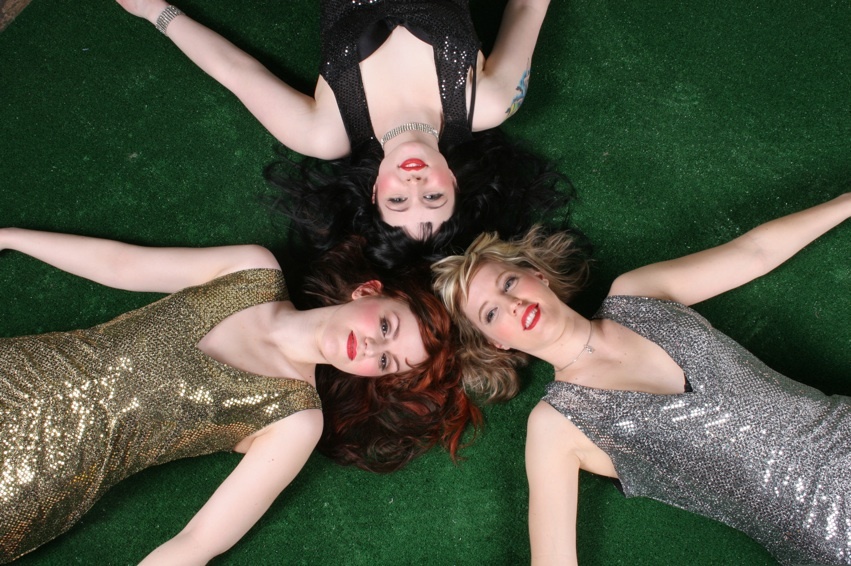 
Nearly six years ago, I bowed out of a horror punk band I had been in for nearly three years. Facing a divorce from the lead singer, I sighed a bit of relief at the thought of not playing music with dudes for awhile. In that moment, I realized that in the five years I had been drumming, I had played music with only one other girl, and I missed playing with other women so much. Right then and there I made a promise to myself: the next band I would be in was going to be an all-girl band.

Really, it made sense. I was going back to my roots. My childhood best friend (the only other girl I ever made music with) and I learned to play our instruments together. We used to jam out in my parents' garage when we were teenagers, cultivating our crafts, and bonding over a commonality--this primal urge--to make music, be loud, and empower ourselves. It was exciting. It was exhilarating. It was truly magical, even though back then, I didn't quite realize to what degree.

Anyway, about a year and a half after my divorce, I started playing drums in Portland, Oregon's all-girl bubble gum rock band The Jolenes. I soon started experiencing that wonderful , magical feeling again. I was beyond pleased to rediscover how much fun it was to play music with other women. There is a certain spirited bond we have, united as women and musicians. I still get a rush every time I get on stage with my girls to play a show.

For me, playing music with women is so much easier than playing with men. We always listen to each other. We're willing to try new things together, or try a song a different way, no matter who suggests it. We're more open and forgiving if someone needs to miss a practice, or messes up a song once in awhile. I'm not saying that all men who play music are control freak egomaniacs, but I've met and played with plenty of them.

Of course, there are times when band practice consists of just a bitch fest, where we go around the room and vent our current frustrations in life, while we pass around a bag of gummy bears. We've had melt downs on tours where cattiness reared its ugly head and us girls have gotten into huge fights. There have been times when a girl has stormed out of practice. We have struggles just like everyone else, in any other band.

But, boy if we aren't tough and dedicated. I've played shows with busted toes and migraines. Once I even played a show a week and a half after an appendectomy. Back in 2004, we played a gig at a bowling alley in Daly City, California while our bassist had food poisoning. She kept turning from the audience every time she dry heaved. She ran off the stage as the final note of the last song rang out, and managed to rush out the door, and puke in the parking lot.

We load all our own gear, write all our own songs, choreograph all our own synchronized dance moves for our live performances, and take care of all our booking and management duties ourselves. We're bonded closer together than a high-school clique, and at the end of the day, we're all proud of ourselves and each other, as three girls in a rock-n-roll band.

And will I ever go back to playing with dudes? Pffft. Bitch, please.

Check out The Jolenes on their website or add them as a friend on MySpace.