A profile of Brighton band, The Kooks. 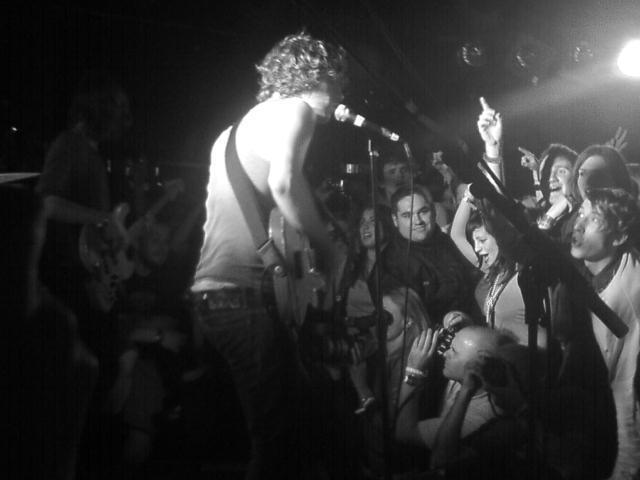 
In 2003, four college friends from Brighton formed a band that, only three years later, had sold over one million albums in the UK. Named after the David Bowie song, Kooks from his album Hunky Dory, The Kooks are made up of Luke Pritchard, Hugh Harris, Max Rafferty and Paul Garred.

The Kooks were signed by Virgin Records in 2006, alongside the likes of The Rolling Stones and The Thrills. Since then they have sold out tours, played at festivals around the world including Japan, Portugal and Austria and have gained over 162, 000 friends on MySpace.

Being British, bands like Supergrass, Blur and The Kinks have been a natural influence to The Kooks, however their debut album Inside In/Inside Out also incorporates styles such as reggae, funk and soul.

My experience of seeing The Kooks was rather special, not only was it in their home town but it was in an old Victorian spherical marquee, which held roughly 500 people. Supported by Get Cape, Wear Cape. Fly and Liam Frost and The Slowdown Family, The Kooks were the headline act and main attraction of the night. During the supporting acts, the crowd was quite content, some sitting around the edges and at the front of the marquee saving their places to get the best view of The Kooks. When the headline act was presented onto the stage, the crowd went wild. Lead singer Luke, wearing a striking leather jacket stepped onto the stage, followed by his fellow band members. The band delivered a lively and energetic gig, performing most of the songs from their album and demonstrating a hugely varied vocal range, as well as some excellent guitar work.

Since then, The Kooks have become more and more successful and are due to play at all the major festivals this summer, such as Glastonbury, V Festival and T in The Park. They are also in the process of recording their second album, back in Brighton.

Check out The Kooks at their website or add them as a friend on MySpace. (Photography by Claire Leighton)