Alive and well, Craig Neilson chats about his radio show. 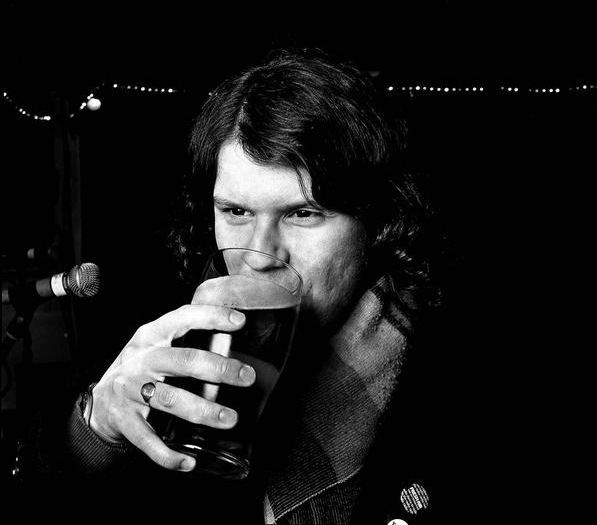 
When I was little I really wanted to be a radio presenter. I would spend rainy afternoons tucked away in my room huddled over an old tape deck, making my own radio shows and taping songs off the Top 40. Meanwhile, somewhere over on the other side of Scotland, Craig Neilson was doing the same thing. Later, after moving to Edinburgh to study music, Craig soon found himself falling into the local music scene, forming bands and gigging in Edinburgh and Glasgow. Not content with making up mix-tapes for his friends Craig now presents his own radio show for Fresh Air, as well as setting up club nights for This Is Music. It’s a long way from pressing that red record button on a tape deck…

Has music always been your first love?
Aye, I can’t remember a time in my life when there wasn’t some band or song to get excited about. When I was a baby my Mum would have the radio on in the house all day and that’s where I got hooked. I got a tape player with a built in microphone for Christmas one year and I used to tape songs off the radio, stop the recording when the presenter was about to speak and then do my own links with the built in mic. After spending my childhood singing along to the radio I decided to learn the guitar and have a go at making music myself. It was no surprise I ended up doing a music course at college and had a part-time job in a record shop to supplement my income. Also working in a record shop has many advantages like cheaper CDs, the odd free gig ticket, advance copies of new albums and meeting famous people (Meeting my hero Johnny Greenwood from Radiohead was amazing, he was a nice man).

How did you get into working on a radio show?
I was unemployed for a while last year and with nothing better to do (other than drink cheap wine and eat instant noodles) my mate Suzie suggested I come along with her to a Fresh Air meeting, everyone was really friendly and enthusiastic so I joined there and then. I’d always fancied getting into radio (ever since my home taping days) and within a few weeks I had my own show and was helping Suzie on her show.

How would you describe your taste in music?
Open and eclectic. I can’t stand it when people say “I like a bit of everything” then go on to list 5 similar bands. I like what I like and although my record collection has a lot of indie bands in it there is always plenty room for hip-hop, electronica, reggae, classic rock, drum n bass, jazz, experimental noise and folk. If variety is the spice of life then make mine a Madras Curry!

What’s the best thing about running a club night?
Seeing the bands you’ve booked playing a blinder and watching everyone have a good time. We started the This Is Music night as a bit of fun so we could see our mates bands play and have a social with our friends. It’s become a bit more organised and serious now but we still only book bands we are passionate about. There’s no point in promoting a night with a line up you’re not really into (unless you’re in it for the money).

What advice would you give to anyone who loves music and wants to follow in your footsteps?
Be nice to people. Be passionate about what you are doing. Don’t expect to become a millionaire. Do have fun.

Do you think there’s a difference in Scotland between west coast (Glasgow) and east coast (Edinburgh) music scenes?
Glasgow has more venues, more people and is well know for its pop music heritage. If you lived in rural Scotland and wanted to form a band then Glasgow is probably your first choice to find like minded souls to form a band with. However, Edinburgh’s advantage lies in its compact sized music community. Everyone knows everyone and networking is a breeze providing you are friendly and honest. Musically I don’t think there’s much difference between the two cities just depends on what your tastes are.

Aye but who’s better?
Edinburgh! Ha-ha, only joking. I’m not into making music a competitive sport. There are loads of bands I love from Glasgow and Edinburgh as well as Stirling, Dunfermline, St Andrews, Inverness Dundee & Aberdeen.

Do you have any exciting plans for the future you can divulge?
June 28th This Is Music at Henrys Cellar Bar in Edinburgh. Household, Lovvers and Eagleowl will be playing alongside resident DJs. 8pm and £4. Fresh Air will be covering the Edinburgh Festival this year! Log on to www.freshair.org.uk to hear coverage over the month of August. Also in August This Is Music will be hosting the excellent Chutes down at Henrys Cellar Bar on the 30th.

Tune in to Craig's show on Fresh Air or check out This Is Music's MySpace.