A study of the love affair between fashion and music. 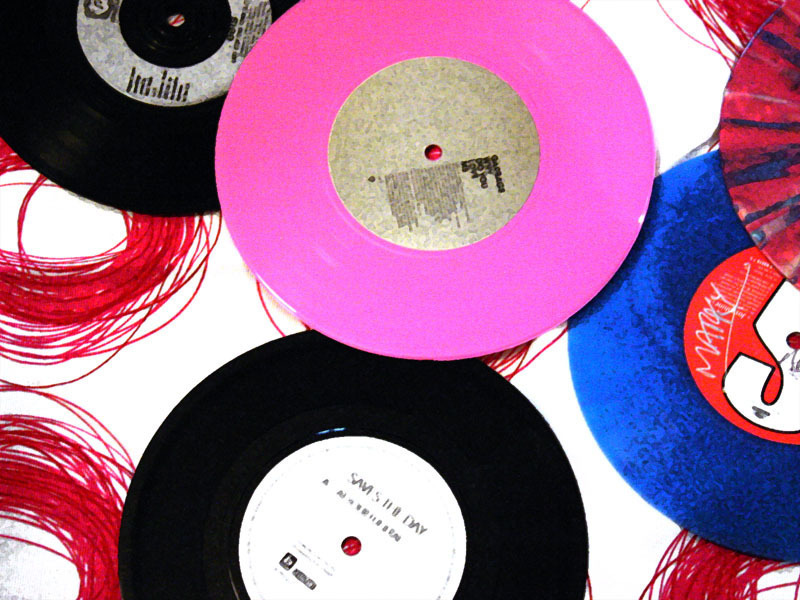 
Music carried fashion, wardrobe first, dragging it kicking and screaming through the decades in many changeable guises from Rockabilly to Rave. What came first the chicken or the egg? Fashion or music? I think it is fair to say it all began in the early fifties. In the 1950s music became more provocative, fashion followed on closely behind, losing the regimented style dictated by post-war society. The materials became more superfluous like the rich tones and lyricism of singers such as Don Charles, Peter Jay and John Leyton.

The perfect partnership between fashion and music blossomed, paving the way for what became known as the “swinging sixties” aptly named for the brightly coloured acidic patterns, mini dresses and new found freedom, creating inspiring street fashions which were made popular by The Beatles and The Rolling Stones. Later into the sixties and early seventies, the invention of the synthesiser and other technologies were made famous by the pioneering producer Joe Meek and band (The Tornadoes) leading the way for new advances in man made synthetic materials such as P.V.C and plastic. This new experimental age of music and plastic produced space-wear were backed up by a scene called "Youth Quake" and of course, worn by Barbarella in the famous T.V program.

As time went on, music and fashion became increasingly more controversial, one of the most notorious designers to this day, Vivienne Westwood and her husband Malcolm McLaren managed to simultaneously launch the career of the sex pistols and create a whole new image for their fans: Punk.

Although, as in all relationships, there comes a time when things don’t exactly run smoothly : The 80s. Personally, I think that music and fashion must have been “on a break”. There is no rational explanation for the design atrocities and generally bland mainstream music which occupied this decade (obviously making an exception for the likes of The Cure and Joy Division). I think the 80s were also responsible for the aftershock of bad taste which became the 1990s. The 90s can only be described as a paint explosion in an already bad enough clothes shop: rave. Rave has made a big return this year both in terms of music and fashion, fronted by great new music such as C.S.S, Klaxons and Shit disco (who begrudge the term “rave”) this time with a slightly more tasteful collection, consisting of brightly coloured jeans and slogan T-Shirts popularised by Katherine Hamnett.

In conclusion, the year 2007 is a mixed pallet of eclectic taste, consisting of music and fashion from the past and re-workings of the past. What does the future hold for the partnership of fashion and music? Who knows, maybe there is no future, a century composed of confusion and uncertainty as to what is “in”. I’m certainly not complaining. Although I believe the best has been, I am glad of the variety of choice thanks to independent record companies and MySpace. I would be extremely surprised if a new music scene found the time to take off in this Myspace age. Even if a music scene was that successful I doubt we would even notice unless we had the time to look back upon the 21st century at the bands worth remembering, perhaps, just maybe, even remembering them for what they wore.