Discussing history, music and corsets with Melora of Rasputina. 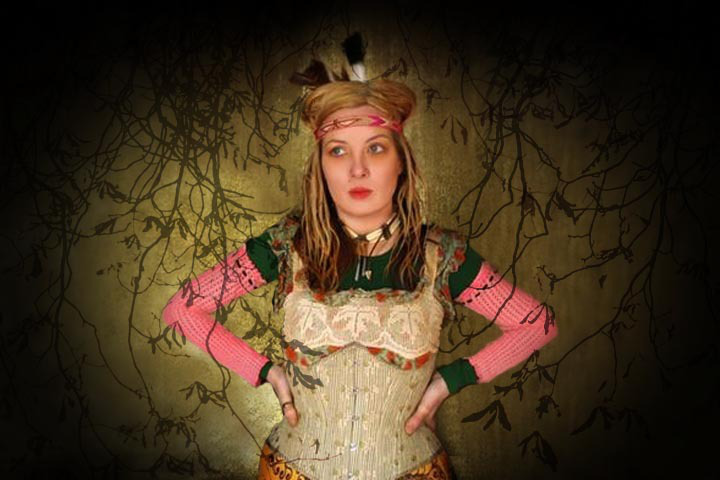 Where do any ideas come from?! I don't know.

Rasputina were formed 16 years ago in Brooklyn, New York by Melora Creager. Mainly consisting of cellists, the band are described as chamber-rock and are known for their unique Victorian look and intimate recitals.

We caught up with Melora to find out more about her band. "Rasputina was an early song of mine. To feminize Rasputin, I thought was a cool concept. I formed the band before the internet, so it was through ads in the alternative newspapers. We played out constantly. It was the time of major labels signing every indie band, so I just assumed it would all work out."

Describing her younger self, Melora confesses, "I was a lot the same as I am now. I was into reading and imaginary type games- pretending I was someone and forcing other kids to be a part of it. I started piano at 5 and cello at 9 years old. I enjoyed it a lot, maybe because I was good at it, but I also liked the challenge and work of it. I started writing music as soon as I started playing - odd piano pieces." As well as being accomplished cello and piano player, Melora can also play the mountain dulcimer, recorder and has recently taken up the tenor banjo, which she thinks is cool. "Early on, I was interested by some minimalist composers like Arvo Part and Michael Nyman. Also Brian Eno's early records, but more movies and early photography than music. Oklahoma, Gone with the Wind, daguerreotypes..."

"I keep a lot of notes on ideas and phrases that interest me, I write music separately, then I fit it together like a puzzle, by mood."

"I'm happy with my time, or rather, I accept it", explains Melora on her fascination with historical events and people. "In reading history, I like to see how people remain basically the same, emotionally, over time." She then considers who she would like to go back in time and meet. "Mary Todd Lincoln remains a big one for me, since I was a child. Mary, Queen of Scots. Pretty much anyone named Mary."

The band's 6th album, Oh Perilous World was released last year. "I actually have some male characters on Oh Perilous World, I originally wrote the songs a lot on the duclimer, so maybe it's not so cello-centered. I was trying to make a cast-album for a Broadway show that never existed. Jonathon, my last drummer, had a lot of influence in the band. We kept going in a rock direction with him. I tend to tailor the live set-list to the other cellists strengths. An album is more my own world."

In the past, Melora has collaborated with such bands as Nirvana, Pixies, Belle & Sebastian, and had an album mixed by Marilyn Manson. "I love working with other bands, doing session work. I feel like I can do a good job and make them happy, and I like that. These bands you mention are all so different, such big experiences in my life- we don't have time to discuss them, it would take all day! I don't really have a highlight. I'm impressing myself to have a long, little career like this." One of our previous cover stars, Dame Darcy created a video for the band. "I worked with her many years ago, playing cello behind her shadow-puppet show. I love her work. She's a nut and we have affinity of style."

Discussing her style, Melora informs us, "I've got a lot of costume pieces from: flea markets of the world, antique clothing dealers on the internet and designer James Coviello is my dearest friend. I wear a lot of lovely clothes on stage and off. Corsets are good for increasing a feeling of excitement, but I wear them less [on stage] as I want to sing at my best. It's about layering and details. Some of the best parts are things like a dirty strip of fabric that fell off a quilt as a necklace, you know."

"I get a deep sense of exchanging energy with an audience. It's an amazing feeling."

Melora's daughter, Hollis Willa Lane sang the song Nov. 17dee, on album Frustration Plantation. "She told me recently that at 3 years old, she thought she would become famous from singing that song. She has more of a business head. Maybe she'll become my manager."

"Hearing from people that enjoy or are helped by my music keeps me motivated. The excitement I feel when making something does too. I don't have any goals." Looking to the future, Melora considers what's next for the band. "I don't relax, I always work. My work is hobby-like. Everything is potential work. I'm mixing a pretty record of cello/voice duets with my new band- mate, Daniel De Jesus. I'll start on a new album as soon as I can."

You can find out more about Rasputina, or find our when they'll be doing a recital near you, from their website.