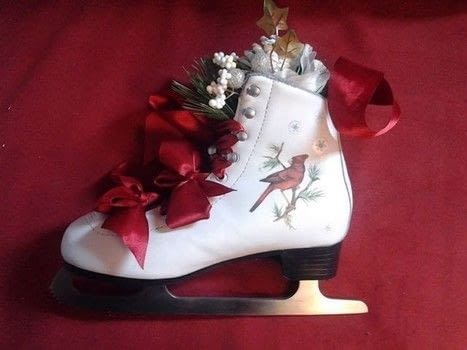 Keep those old skates out of the landfills!
I love ice skating, but some skates are made so cheap that the grommets would start to tear out after a few weeks. I try to keep as much as I can out of landfills by either composting, recycling, or up-cycling.
I took one of the used skates and replaced the lace with a think ribbon (on this one I cut the ribbon several times before lacing it through so that I could have more than one bow). I added scrapbook stickers I already had to decorated the heel of the skate, and put artificial greenery and flowers (again, of which I already had leftover from other projects) inside the skate. I used a drill at the top of the back of the skate to make a hole to put another ribbon, which was then tied in a loop from which the new door decoration could be suspended.

C.Mn P. posted this project as a creation without steps 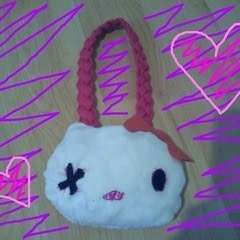 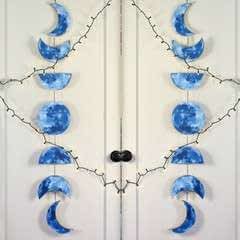 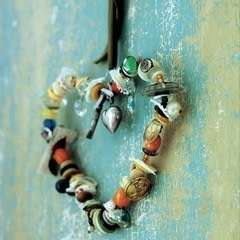 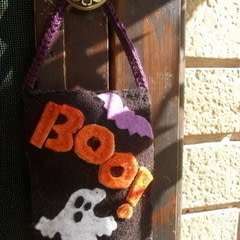 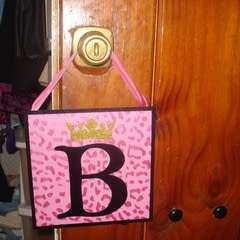 Door Hanging Monogram
Made this project? Share your version »