What To Do With Some Time And A Moth Eaten Pullover 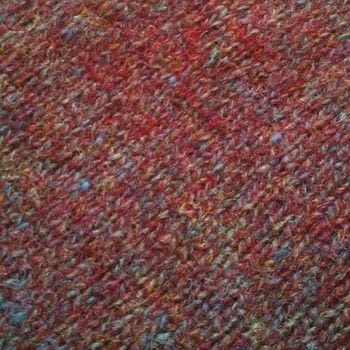 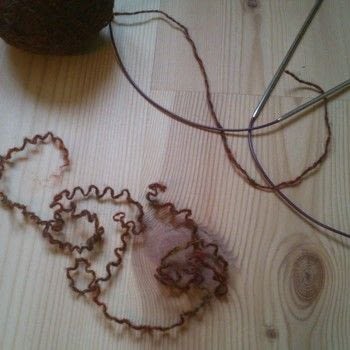 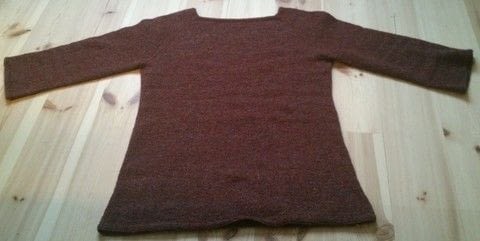 Or indeed any sweater that's served it's time in the current shape :)
When I was fourteen or fifteen my mother bought a stack of knitted pullovers second hand. They were all fine, no holes, didn't smell musty at all, and of fine quality (100% wool). My choice of the lot was a rusty red one, rather big, with very ordinary shape; round collar, loose in the body and sleeves with ribbing round the wrists and waist, or just below my hips actually, it was that long. Very fine 2-ply yarn in a lovely rusty red color with lots of dots, blue, yellow, green, made for a fine fabric that was warming enough for chilly days in the garden raking leaves, and thin enough to fit under a jacket. An embroidery on the front in the same rusty color as the sweater told me it was an Yves Saint Laurent garment. My very first major brand garment!

The fit wasn't optimal of course, the sweater was too big, big enough that I could easily wear it when pregnant, but the color is gorgeous, and when I took it out one fall to wear it for the first time since spring and found the moths had feasted on it, I was very sad. Several small holes in very visible places rather ruined it, and I put it away with some inventive curses aimed at the moths.

I couldn't leave it, though. Having taken up knitting seriously, producing socks for everyone, and doll clothes too, I decided to frog the sweater and knit a new from the yarn. Meters and meters of pretty curly yarn was wound into hanks, tied firmly with string in several places to prevent it from tangling, put in cool water for an hour or two to relax the curls, then hung over coat hangers with a bit of weight on it to straighten it. Not too much weight, otherwise the elasticity of the yarn can be lost. I wound the yarn into balls. Here I had to do some splicing, the holes the moths had left meant I had some rather short lengths to deal with, but that wasn't too hard.

I knitted several samples with different needles, and decided that 2 mm knitting needles allowed me to knit a fabric very similar to the original sweater's. I chose a pattern from knitty, 'Mothed', not just for the appropriate name, but also because the pattern is very simple without any shaping; perfect if you change the yarn and don't want to count too much. It's also top-down, which is ideal if you don't know how long your yarn will last. I skipped the yarn-over holes, I'd had enough of holes in this sweater :)

It's taken ages (90 hours is probably not enough), but since the knitting was in the round without shaping it's ideal for bus or train knitting, waiting for a doctor's appointment knitting... or whatever :) I decided to make my sweater a little longer than in the pattern, and add some increases on the sides.

I'm very happy with the result!

Kristina F. posted this project as a creation without steps 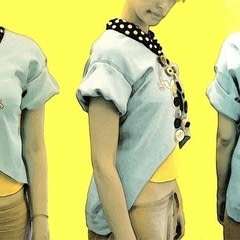 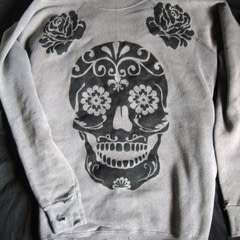 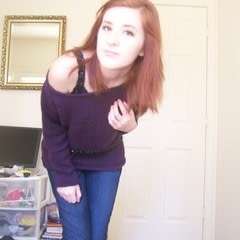 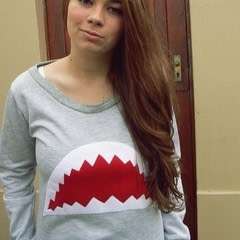 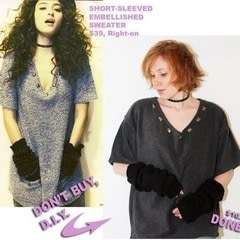 Embellished Short Sleeve Sweater
Made this project? Share your version »