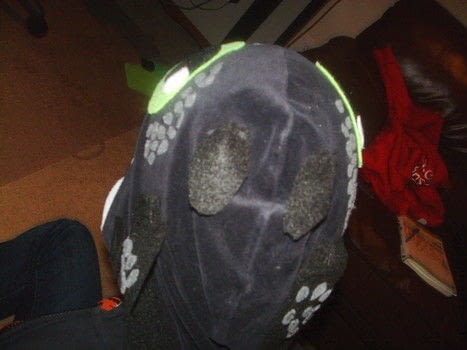 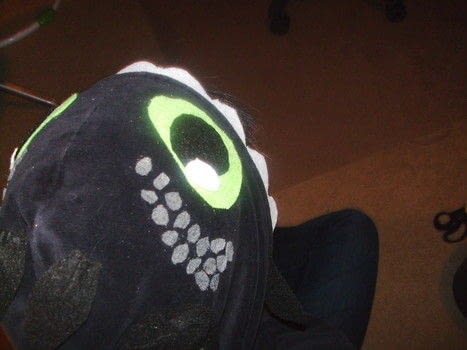 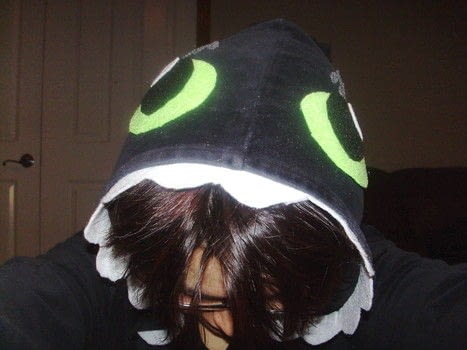 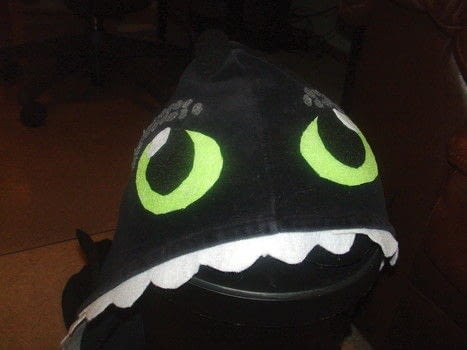 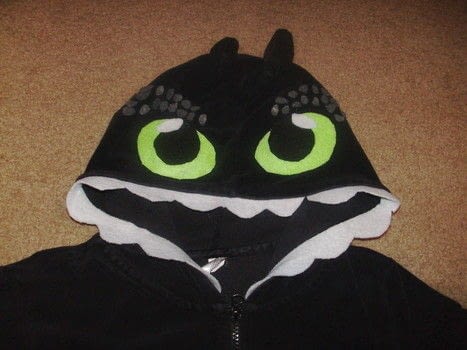 How to Train Your Dragon Character Hoodie
My best friend absolutely LOVES the How to Train Your Dragon movie, so I decided to make her a character hoodie. I used white (1 sheet), black (2 sheets), green (1 sheet), and grey (1 sheet) felts and Stitchless Sewing Fabric Glue. Most of the felt stayed unaltered, except for Toothless's bigger ears which I sewed at the tops to give them a more 3dimensional shape. I took an old hoodie- from Old Navy originally, and used a trash bin with a spherical top as a sort of makeshift mannequin head. I had to reference a lot of images in order to get the eyes just right, but eventually got it by blowing up the image on the computer and tracing over the monitor on a piece of paper. I used the grey felt to put circles around the eyes and on the big ears. There's not a picture, but I also made claws on the edges of the sleeves out of the black felt.

Erin V. posted this project as a creation without steps 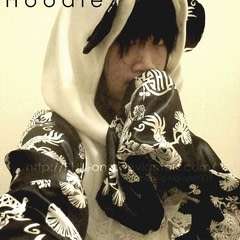 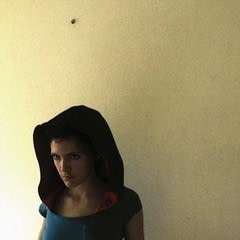 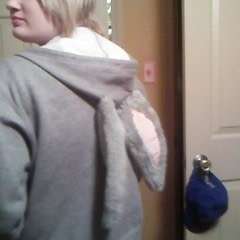 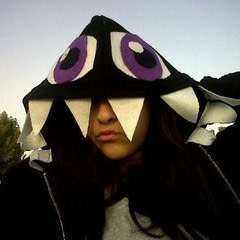 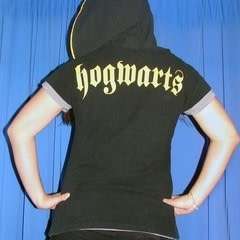 Mini Hogwarts Robes
Made this project? Share your version »

BeverlieS86 3rd May 2012
This is AWESOME!I love that movie too, thank-you for posting xx
Reply