Stripey Pants On The Cheap 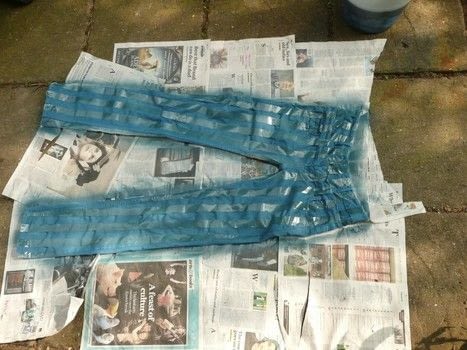 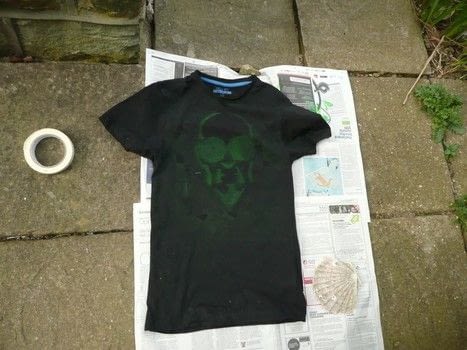 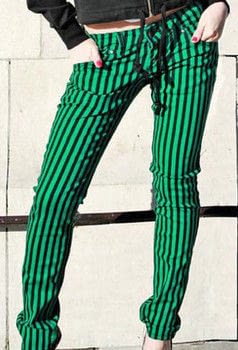 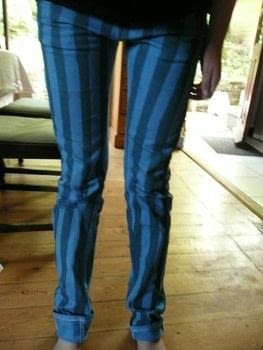 For those of us who wear bright trousers, but ain't paying £30+ for them.
Have you ever seen a pair of pants like this, and then found out just how much they cost - aka. too much? Hell, I know I have, and as I seem to live in a constant state of poor, I decided, as I usually do, to DIY them.

The cost of the project will vary hugely, depending on what you're willing to pay for the trousers and dye. I spent about £15 altogether, though now I have extra dye, tape and spray paint for other projects, so the price of this project is considerably cheaper than that. I think the trousers were about £6, as, if I recall correctly, I got them in a sale at T.K. Maxx..

*note: I only put 2 hours for the time, as that's the most it should take for actually adding the stripes, though it will take considerably longer if you're dying the pants yourself - I sent about 1 and a half hours actually dying them, but I had to allow for washing/drying etc., which included leaving them to dry over night.

Steph. · Reading, England, GB · 212 projects 30th September 2013
Hey, that's a really cool project! Just one question, where did you get the dye from? And, did you do the dyeing outside?
Just wondering, cos I would like to do some dyeing but I don't want to mess up the machine haha ;) Thanks!
Reply

Ashley Jane · Roma, Queensland, AU · 5 projects 22nd March 2012
These are fantastic,
I might post a version in a few weeks c: x
Reply

Thanks for sharing, have been wanting some punky striped jeans for ages and been put off the price tag! How well does the paint stay on in the wash..? Mind you even if it flakes a little I can imagine that would look pretty awesome!
Reply

Moo · Gold Coast, Queensland, AU · 2 projects 3rd May 2011
I am so obsessed with stripes right now! I never thought about using spray paint though