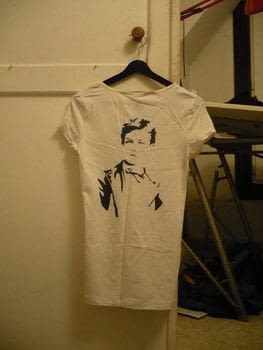 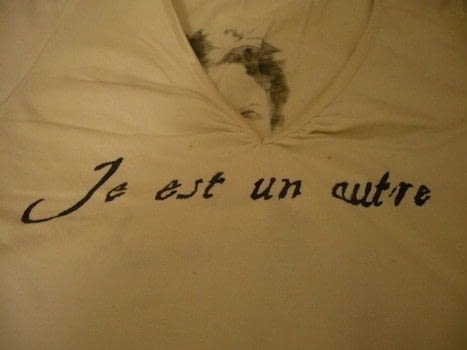 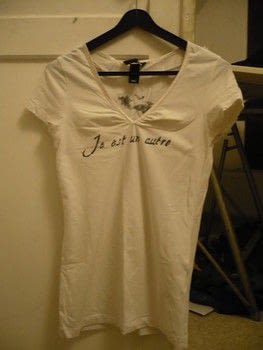 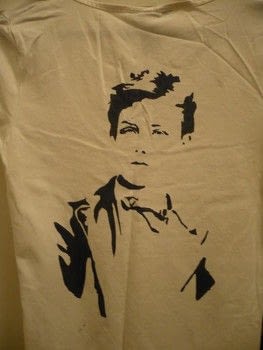 a poetic t-shirt
Arthur Rimbaud is, as some of you may know, a french poet. I really love his poems, that's why I wanted to make this t-shirt with his photo. He was young, all his poems were written between his 16th and 20th year. So I took a photo of him, reduced it to black and white shapes with photoshop, printed it, cut the paper where I wanted the dark parts to show, and painted it. (you may think it's complicated, but I don't like stencilling, so I do it that way) On the front of the t shirt is one of his most famous quotes, "je est un autre" which means "I is another one".

Bluebee posted this project as a creation without steps 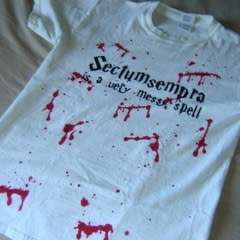 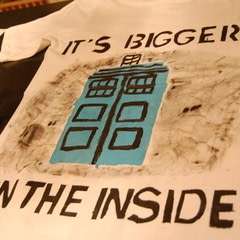 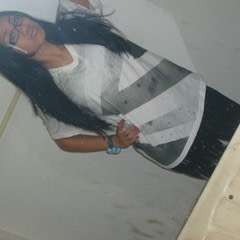 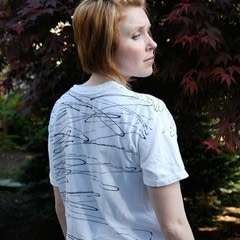 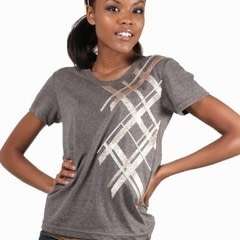 Plaid Motif Tee
Made this project? Share your version »

eye*scream! · Bremen, Bremen, DE · 1 project 14th January 2009
Looks quite special..
I like Rimbaud much, and I love this qoute you used.
Reply

Shae · Omaha, Nebraska, US · 3 projects 14th January 2009
Tis BEAUTIFUL! Great Job! I really enjoy it and am very glad to know that there is someone else out there who loves Rimbaud! ^_^
Reply