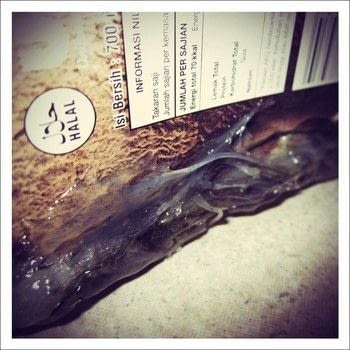 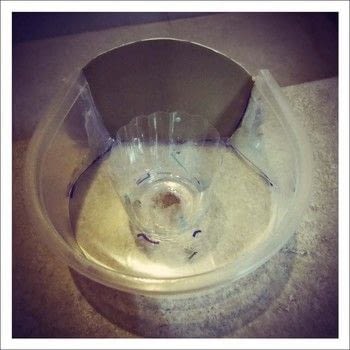 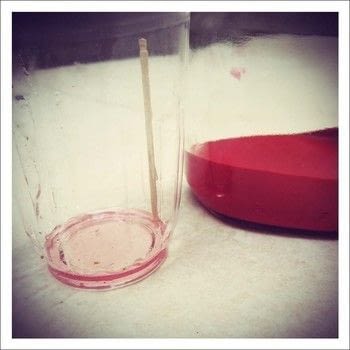 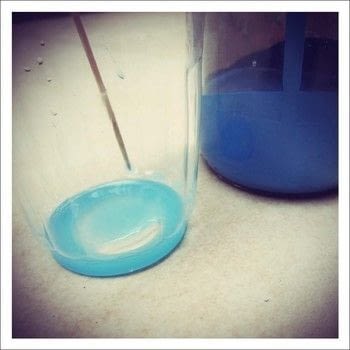 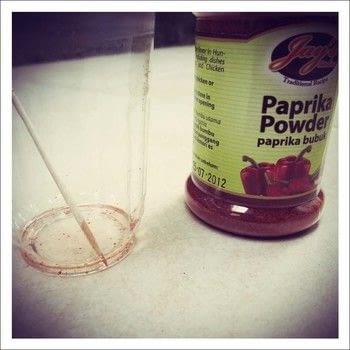 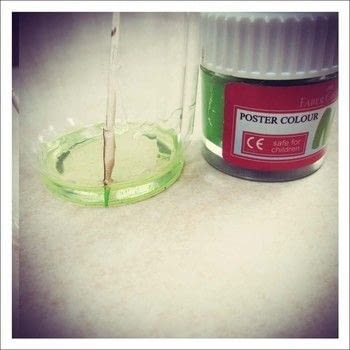 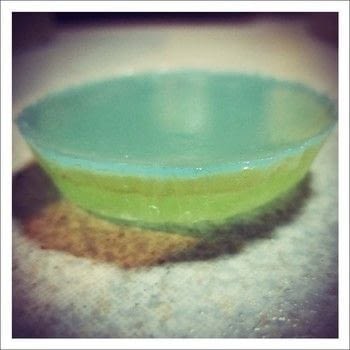 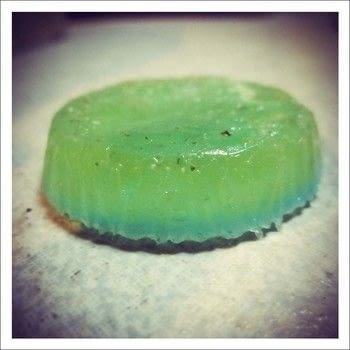 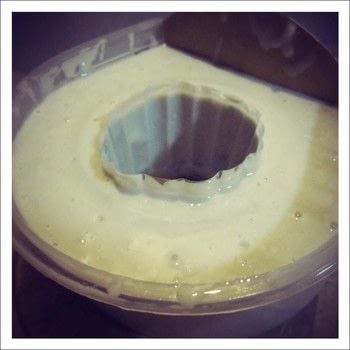 Mold making & Color mixing.
Ok, for my second project with resin, I made my first mold-bowl from cut-out ice cream box, joined with hot glue. I had to keep the mold-bowl effective so I don't wast too much silicone. And also, I played around with mixing different kind of colors with clear resin, and see how it goes.

pic 1: This is the hot glue that dripped on my big toe, and I panick-ly wiped it off with my left hand...resulting another burnt marks....ayayay.....
*ps: this is a pic of the ugliest mold ever..as long as its works..

pic 2: the ugliest mold from top view. actually this is made out of 1lt ice cream box, cut in the middle, and glued with the cut off ice cream lid - all joined with hot glue on the outer sides.

pic 3: Out of curiosity i made a lil experiment by mixing clear resin with different kind of pigment/paint. This one is just a normal resin pigment that i've bought in the chemical store.
I used the tooth pick to take a lil dot of pigment to be mixed with clear resin.
Result: A translucent red color....hmmm...not so bad.

pic 4: The light blue color here was made by using more than 1 dots (not drops - drops will be too much) of blue pigment for resin.
Result: More opaque blue, not as translucent as the red one.

pic 5: Now this one is interesting!
I used Paprika to see if I would make any color out of it.
Result: A reddish translucent resin with Paprika component in it.

pic 6: This bright green is made by taking a dot of poster color.
Result: Pretty bright translucent green with bits of dried green paint in it. (the color is a bit old, thats why).

pic 7: A few hours later, after layering those colors on one pot, here's how it looks. You can't really see the layers, can you....? Its because of the different amount of resin I used on every color. Some are quite a lot than the others.

pic 9: Now you see the layers against the bright light. Not so much. But you can.

pic 10: This is how it looks when the silicon poured into the mold. Hopefully this will work. Finger crossed!

35 oz It's enough for 3 bangle molds Silicone White ½ l You can make around 8pcs of bangles with this amount of Resin. Polymer Resin Clear

Pritha S. posted this project as a creation without steps 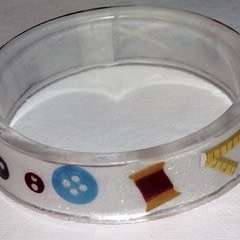 Make Do And Mend Resin Bangle. 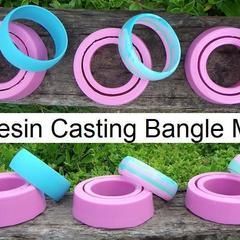