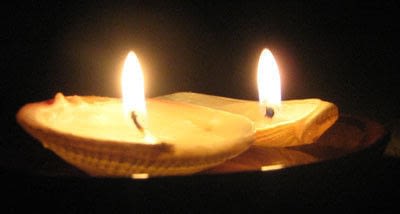 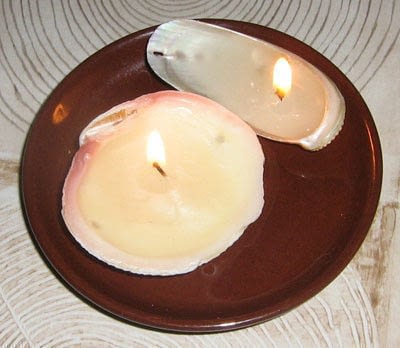 For a bit of light in dark times
This is a try out for the neolithic themed event I'll be attending the end of October.

In prehistoric times people used small containers (shells in this case), some plant fiber and animal fat to make candles.
I used shells, left-over pieces of candle and a bit of linen thread (not waxed).

The almost round shell candle burned for 1,5 hours. The oval shell candle took only 15 minutes to drown in the wax. The wick fell over.

For my next attempt I'll be attaching a piece of clay to the bottom end of the wick, like tea lights have, before adding the wax. That way they'll hopefully stay in one place and stay erect.

When melting old candles be sure to use an old pan that you will never use again for food. It's nasty stuff. 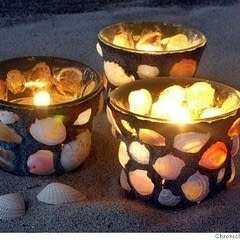 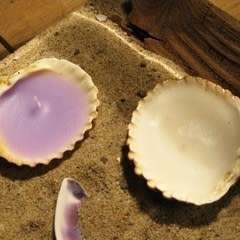 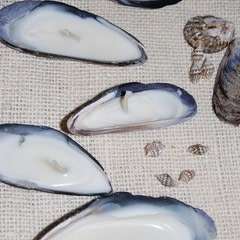 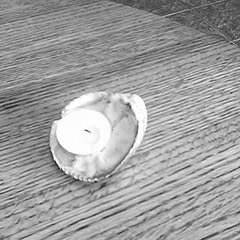 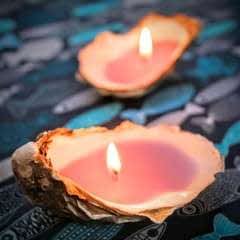 Jet H. · Haarlem, North Holland, NL · 108 projects 20th October 2010
love this too, you can use a spike too or a (moertje) to keep it inplace, for the melting you can use because it's the au bain marie methode too a old tin, we did that always when we were kiddo's
mayby this is helpfull for the seccond time or for others.
Awesome , and sooo pretty idea!!!
thank you so much for sharing this. really awesome!!!!
XO's
Reply