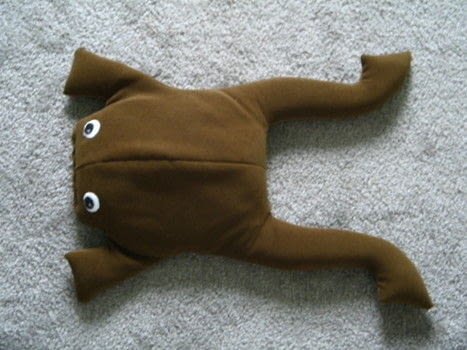 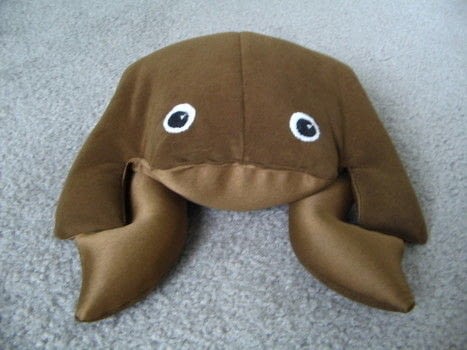 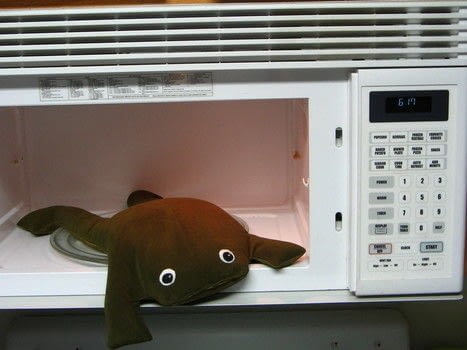 when the urge is just too much
I saw a corduroy toy frog that I think was filled with rice in an antique store last year and just loved it, but it was $15 and I'm cheap so I decided to make one myself.

I changed up the idea and made it functional by elongating his legs and widening his crotch area to accommodate my neck (sounds kinky!), filled him with flax seed and turned him into a hot/cold neck pack. Now he's cute and soothes my achy neck and head at the end of a long day.

I decided to go with flax seed because I read its moisture is oil instead of water so when repeatedly heated it doesn't dry out like rice and thus holds the heat longer. Also, it's supposed to hold the cold, too... but I haven't tried freezing him yet. So far, I've just been popping him in the microwave! 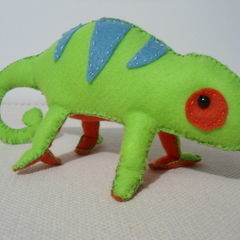 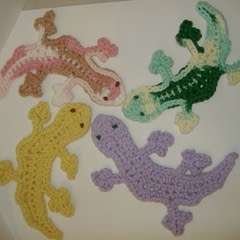 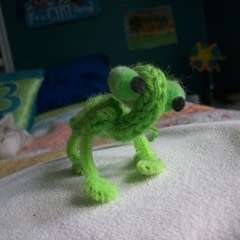 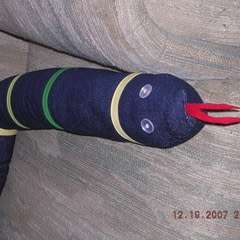 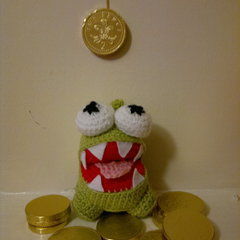 Om Nom Crochet Pattern
Made this project? Share your version »

February 27th, 2011
I love it! I must make one. maybe a turlte instead though lol
Reply

Missy El · Melbourne, Victoria, AU · 5 projects 11th September 2008
I love the frog lurching out of the microwave, as if it's got a life of its own! Brilliant project!
Reply