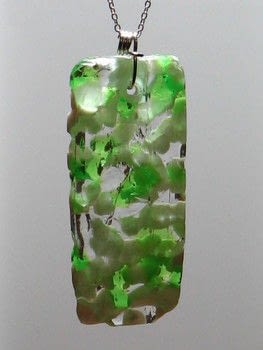 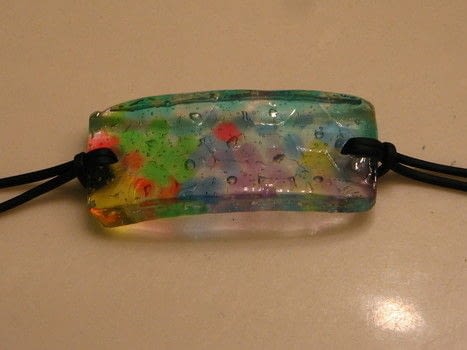 I crushed up some pony beads and sprinkled them together in a foil form I made and melted them together.
this was originally just a test for a much bigger idea I have for a gift for my mother-in-law, but it came out so well I decided to make it into a necklace, so I drilled a hole in it and wrapped some wire through the hole.
the 2nd one I tried layering for a thicker look. I melted a layer of clear, then sprinkled the colors on top and melted that together, then another layer of clear. I drilled holes in the ends after and tried to make a bracelet, but I didn't have enough cording, so it's waiting until I go get more to be complete :P 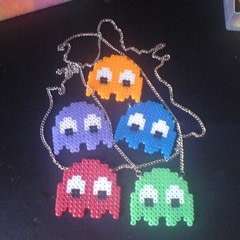 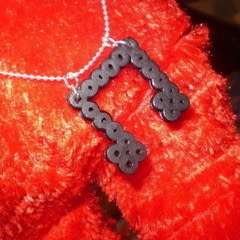 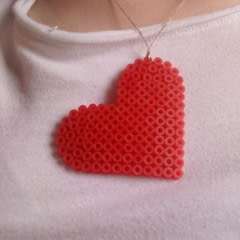 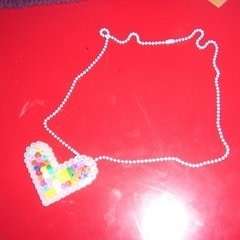 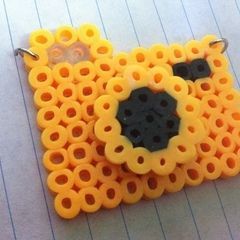 Hama Beads Camera
Made this project? Share your version »

Julia H. 19th December 2015
I really like the bracelet, I was wondering how do you get the rectangle shape?
Reply

Janie R. · Eastern, Kentucky, US · 25 projects 21st November 2009
Your pendanrs look very nice! Just to look at the picture, they do look like glass. Thanks for the how-to!!
Reply

janine g. · North Lauderdale, Florida, US · 5 projects 2nd July 2009
I bet you could use the metal cookie cutters if you got like a small heart shaped one or something like that...those are sooooo awesome...now I gotta try it...lol
Reply

Candice C. · Wylie, Texas, US · 49 projects 18th April 2009
I used a small cardboard gift box - like something jewlery would be put in. I think I moved one of the the sides closer in and taped it down (this will make it smell bad when it's in the oven, btw) but remember to lay foil down inside the cardboard before you melt it. you can even just make a form out of foil itself. maybe take something the size you're wanting to make and press it down in a compact ball of foil and mash all around it until it's how ya want it. good luck with yours, Alyx!
Reply

Alyx · 1 project 18th April 2009
Amazing I was on orientaltrading.com and I saw 1/2 a pound of pony beads for just 5 bucks and sence I was going to buy some stuff off there anyway shipping wasn't a big deal so now that your geniusness has figured out a way to use them a am SO going to buy them! Ahh! I am so happy! I this is so awesome! Thanks SOOOO much!

PS how did you get a perfect rectangle?
Reply

jacque b. · Corryton, Tennessee, US 15th January 2009
i always look at those pony beads at the store and think to my self: Self those are pretty colors but what can you do with em?....well thanks to you now i know!

YOU ARE A GENIUS!
Reply

Candice C. · Wylie, Texas, US · 49 projects 16th November 2008
I don't think the foil was special, just whatever was in my pantry. I don't know if the shiney size vs. the dull side matters... it pretty much all stuck to the foil so you have to make sure it doesn't have any folds sticking up because they'll get trapped in the melted beads - usually happens around the edges - but otherwise it peeled right up. definitely sticks to everything else, so be careful to keep it on the foil!
Reply
Load 4 more comments...