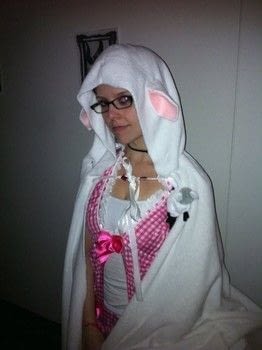 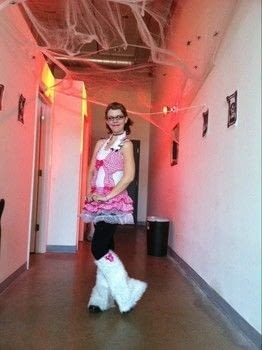 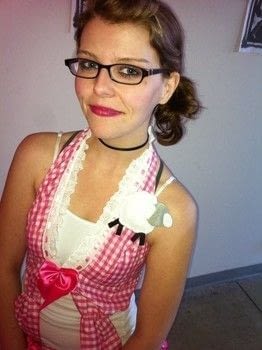 In da hood!
I bought the dress from amazon, it was entitled "playboy" But this was not apparent from the foto. When the dress arrived it was covered in playboy bunnies. I took off all the bunnies and added bows with gems in the center. There was a bedazzled bunny on the breast so I made a stuffed sheep pin to go over it. it was also too big so i had to add some ribbon in the back of the dress where it clasped together so I could tie it instead. I made the cape by pretty much winging it. I cut a few slits along the neck line to run ribbon through to help the hooded look. I also added sheep ears to give the appearance that I had skinned a sheep.

Reemberme posted this project as a creation without steps