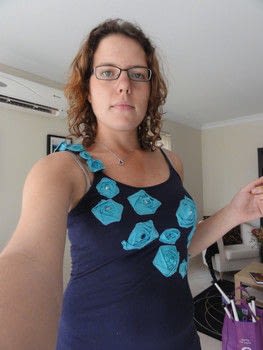 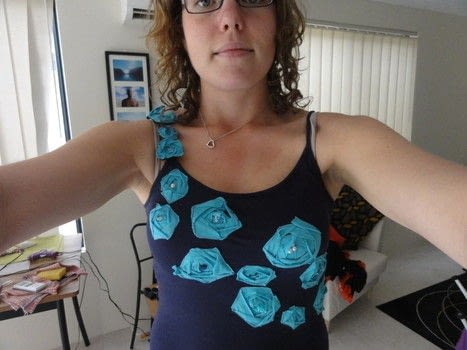 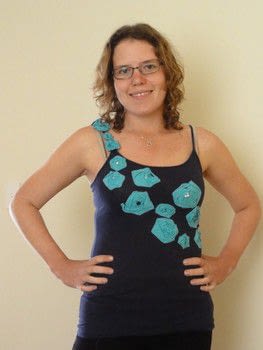 Tshirt roses jazz up a boring singlet
I love all the flowery embellished tops around at the momeent, but hate paying for them.
I had a t shirt I liked the colour of but was too big, and a singlet that was very boring. And best of all, its not that dusky pink colour that all the pretty stuff if in the shops, that totally washed me out.

Karlene C. · New Zealand, Prince Edward Island, CA · 5 projects 14th September 2010
Very cute!
I can't seem to get to the site for the directions you followed.
Did you start sewing the roses from the centre or from the outer edge?
Reply