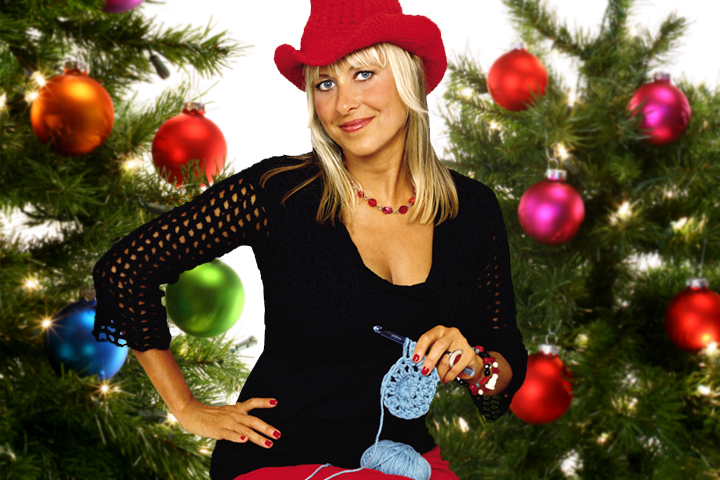 
"I'm a cultural feminist and have been since I was 14", explains Bust Magazine's editor-in-chief, Debbie Stoller. "I think a lot of the reasons that women have it harder in the world is because of our cultural ideas and beliefs; we don't value women as much and we have cultural ideas that are really different about women than men."

"I wanted to go and shake it up a bit and make some media that was fun, honest, inspiring"

Bust started as a zine in 1993. 14 years on, the magazine is now bi-monthly and viewed as the leading publication for the third-wave feminist movement. "I went to college and to grad school, always studying it [feminism], especially pop culture's influence on women and how culture perceives them. When I got out of grad school, I could go on teaching other people about how pop culture really screws up women's heads or I could go out and try to create some better pop culture for women and that was really the motivation behind Bust. I wanted to go and shake it up a bit and make some media that was fun, honest, inspiring and a good alternative to most of the magazines that were out there for women."

"We started off very small. Over the years we sort of reinvented the existing magazine industry that we could have started from, we had to figure out every little piece by ourselves. At first we didn't offer subscriptions and we never had money to print the issues and then we thought 'oh, maybe we should offer subscriptions and then we will have readers money in the beginning and we can use it to make the future magazines'. Every little thing we had to discover for ourselves and it took us a really long time, about 7 or 8 years, before it started to look anything like a magazine. For 7 years, we were all interns at Bust, we all had full-time jobs and we did Bust on the nights and weekends because all of the money that came in went towards making the next issue."

Pondering what she would have done differently, Debbie suggests "I would have realized that if you wanted to make something successful, even a really creative project, it helps to look at things from a business perspective from the get-go. We really hated anything that sounded like business or had anything to do with it, we didn't think we understood it or wanted to have anything to do with it but in the end, I think it would have been much smarter and would have helped us achieve our goals much sooner. Business doesn't have to mean creepy, it can just mean helping you to get your word out to people."

"I keep myself organized with very very long to-do lists, that get endlessly long, and I feel like no matter how many things get crossed off of my to-do list, even more than that gets added on." Beside her full-time job at Bust, Debbie also manages a writing career with her series of knitting books. "It's like two very demanding jobs and I have to say that it's two more than I would like to have. I'd be perfectly happy with no job at all, there's tons of things I could do to keep myself interested."

"I still always think of feminism and women's issues, that's almost a sport for me'"

Debbie considers the reasons for the latest surge in popularity for knitting and crafting. "Knitting has gone in and out of fashion at least 3 times in the past 100 years. People seem to get really in to it and then the next generation say 'we're not going to do that, that's so old fashioned' and then the next generation say 'look, we are going to do it, it's so modern', it keeps going back and forth like that. I think a number of different things happened to make knitting become popular again. There were young feminists, like myself and Jean Rallia (Get Crafty), who were starting to look a lot at traditional women's work, everything from taking care of the children to housework and needle-craft, and seeing if it needed to get reexamined and given a different spin. We started writing about crafting in Bust back in 1999 and there was a bigger movement towards DIY in general. There's also a sort of boring reason - around that time, things that were knit and done in really chunky yarn, were showing up in all kinds of clothing stores and they looked so handmade that it started to make people think that 'oh, I could probably learn to make that and when they made it would look stylish and fashionable'. I think when people started to do it, they realized that it was really pleasurable and it was nice to have something in their lives that didn't necessarily have anything to do with self improvement, like everything else that young women are suppose to be doing, and it kept people interested."

"I don't have favorite items to knit and crochet. I'm really a process knitter, so if I look at a project that looks sort of complicated, or like something new I can do, I get really excited about it. Every new project, I like to advance my skills a little bit. So for me, the project I like to do is always the next one." The latest book in the Stitch N Bitch series has just been released, titled Son of Stitch N Bitch. "It's projects and patterns for men that women can make - men's sweaters and caps, all really cool and modern. It's even got silly stuff, like a pillow you can knit in the shape of a beer bottle and whisky bottle."

On a final note, Debbie considers what advice she would give to someone in a similar position, considering taking on a full-time creative project. "Don't give up your day job and research it a lot, really understand what it would take and put together a smart plan. I had a day job for so long, I never underestimated the power of having a good reliable day job that gives you enough energy when you get home to concentrate on something else. Don't worry about having a creative day job, it's better if you have something you don't have to think about a lot, that way you still have energy to think about other stuff. It's advice I wish I had followed."

If you're considering picking up the stick, you can find out more about Stitch N Bitch on Debbie's website Knit Happens and make sure to check out Bust, probably the best magazine a women can buy.