We've got a selection of fake-blood recipes to satisfy every type of zombie, vampire and flesh-eating monster. 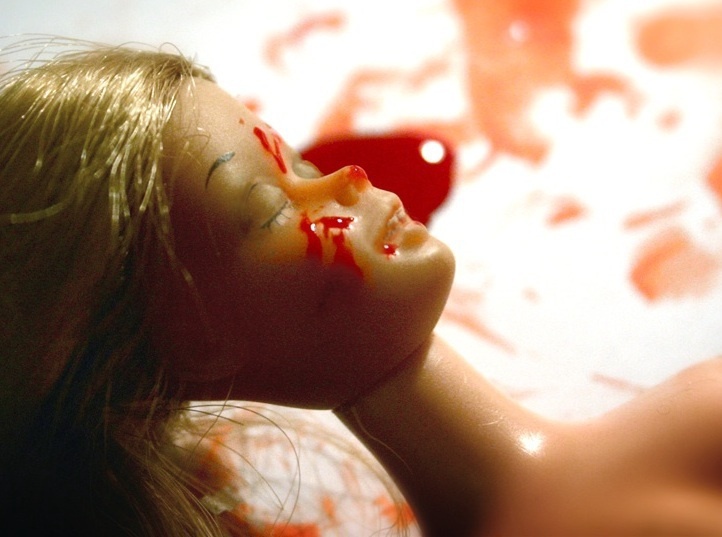 
Halloween. What sets it apart from other holidays? Candy and excessive drinking characterize them all. The emphasis on the supernatural and stunning variety of horror movies released every October may contribute to Halloween's own unique appeal. But honestly, the holiday just wouldn't be what it is without the costumes. Halloween has become the party holiday of the year, not because of the possibilities offered up by a combination of booze and fear, but because it presents an opportunity to be anyone you want to be.

And who you dress as apparently has no limits. Anything goes, from French maids to cartoon bunnies, to human sized tacos, it's all acceptable. But despite the plethora pf possibilities, the classics still prevail. Vampires, zombies, vengeful ghosts and murderous psychopaths are still the best costumes out there. And despite the differences in attire, they all rely on one critical element: copious amounts of blood. Whether it be the runny, bright red variety streaming from the fangs of a vampire, or half-dried and matted into a wig, no costume intended to scare is complete without plenty of the stuff.

So, to add realism, gore, and a lot more fun to any costume, here are a few recipes to get things bleeding:

This recipe produces a runny, slightly sweet blood, perfect for anyone who wants steams of fresh blood running from their mouth. It's just sticky enough to stay in the face area, and can be used to add glisten and shine to butcher knives, axes, and even chainsaws.

For victims of tragic accidents, zombies (flesh-eating or otherwise) and angry dead cheerleaders:

This recipe produces a thicker, stickier blood, great for creating gaping wounds, matting in your hair, smearing across your prom dress. It stays put for hours, but should wash off with soap and water.

For buckets of blood to decorate a party or dump over the heads of uppity prom queens (just make sure they don't have supernatural powers first):

This recipes is the classic blood mixture. It produces a liquid blood, with plenty of pink froth and a thick consistency that adds mystique to any Halloween party decor.

For a goblet of blood to add authenticity to your vampire costume, or a clever drink to serve your guests:

This bloody concoction tastes better than your average kool-aid and vodka mixture, and looks a lot more like blood too. The perfect finishing touch for any Halloween party!