We prepare for the night of the Living Dead Dolls with their creators, Ed Long & Damien Glonek. 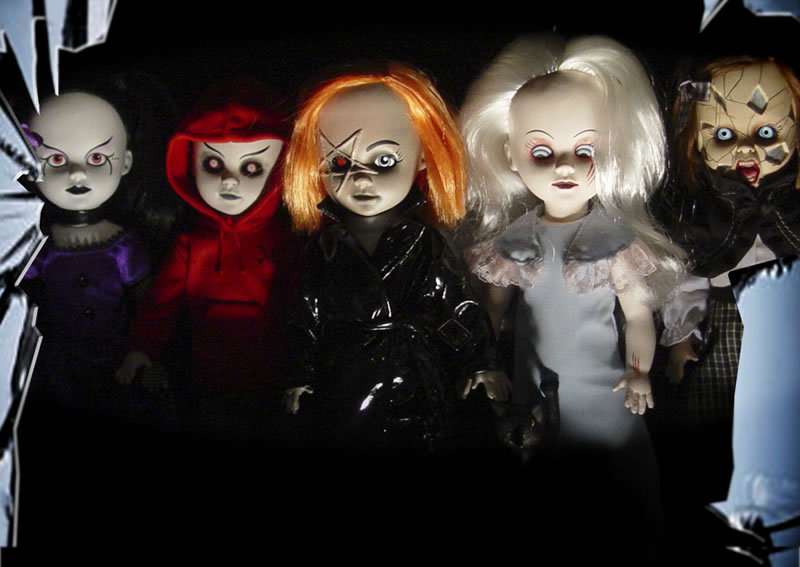 
How did the living dead dolls originate and what was the motivation behind starting a line of dolls?
Living Dead Dolls started in 1998 by Ed Long and Damien Glonek. It was just something we were doing for ourselves and tried to see if anyone was interested in buying any of them. As it turned out a hell of a lot of people were interested.

Where do you look for inspiration?
Our inspiration comes form everything around us. Music, movies, books, just about anything with a macabre or quirky sense to it.

What process do you go through when designing a new doll?
An idea will spring from somewhere that we generally start with, and upon starting a doll it generally takes on a completely different life of it's own and what we initially started turns into something else.

Was it a lot of work when you initially hand-crafted the dolls and where did you learn the necessary skills to do the work?
It was definitely a lot of work, we put a lot of work into hand making the doll sin the early days. We generally tried to have about 40 dolls ready for a show. We started out as model kit builders, doing a lot of garage kits in the old days. That's probably where a lot of the skills came from.

Which dolls are your personal favorites?
At this point we have done so many picking favorites is impossible, kind of like picking your favorite children. We are generally fond of whatever the newest series is a the time.

Were you surprised by their popularity and at what stage did you realize they were such a big hit?
We were definitely surprised, we never anticipated it would become this big. I guess we really realized it was a hit when we got flown to our first convention to sign autographs along side Linda Blair and Doug Bradley. That was really cool. Having you own Halloween costume made from something you have done is definitely a sign of success as well. That was a high point.

The fashion victims have a completely unique look to the original dolls, what was the motivation for creating the new style and how has the response been?
Back in the hand made days we made various sized doll, we did dolls that were taller like the Fashion Victims were. We hate to be pigeon holed and thought it would be interesting to see how some of these characters would look like all grown up.

Which kind of people buy the dolls most?
There is no one set brand of people. Everyone form everywhere seems to collect our dolls. It is not a majorally Goth crowd like one may think. It is the young kid, to the family man, to alien form another world.

What are your favorite horror movies?
There are so many good ones out there, but we ten to favor a lot of the older stuff form the late 70s and early 80s.

Are you both looking forward to Halloween and do you have any plans for celebrating?
Halloween is the greatest time of the year, we always look forward to it. Last year celebrated Halloween with the opening of our art show. This year I will be heading down to Universal Florida to go to their Halloween Horror Nights.

Will you be dressing up?
Sadly we don't really do any dressing up anymore.

What's does the future hold for the living dead dolls?
There are lot more exciting things we have brewing for 2008, expect to see more licensed characters and other fun stuff.

Check out more from the Living Dead Dolls on their website!

Midori~ K.
“Oh oh! i dressed as Sybil fashion victim oh halloween 08'! it was for the purposed to enter the contest but sadly didn't enter u___u” 10th June 2010