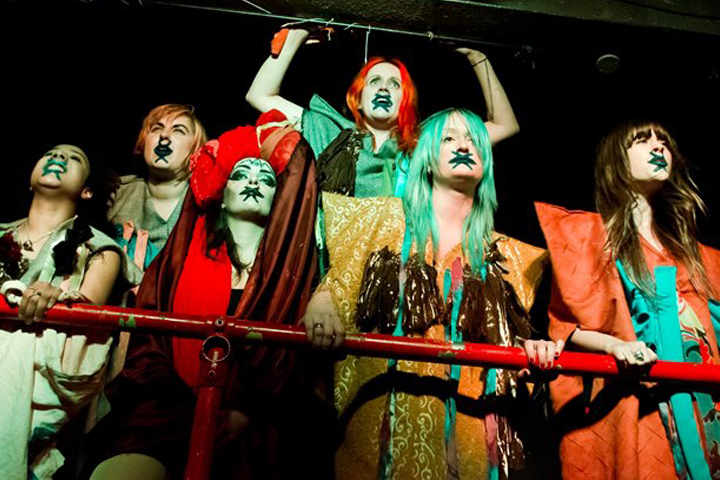 
We chat to Deborah Coughlin, leader of the haunting and melodic all female, Gaggle Girl Choir.

I am intrigued as to where this all began, I believe you were involved with a band previously to Gaggle. What made you make the change from an Indie Rock band to a fantastically evocative all female choir? 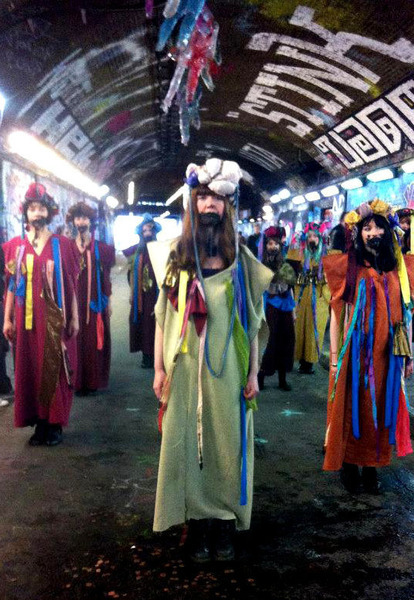 The band ended.  I had more time and just as much if not more creativity.  Plus I had the experience of being a woman in music, touring, putting on shows, living in vans, soundchecking, recording.  Gaggle was a reaction to that experience.  The only thing I could have made with the background I have, the things I'm good at, and the things I care about most.

How did you initially bring all these women together to perform, and what were your original expectations?

There are lots of tales around the Gaggle community of how different people were asked to join, how they accidentally joined, how I even said to one they wouldn't have to sing!  Ha!  Im still not so sure that ones true!  But I started from 3 close friends and moved outwards, explaining how I was starting a choir, writing the music and my ambition was to make an album with this choir, tour and create the most exciting weirdest and smart girl gang ever.  In which I have succeeded!

In regards to your most recent Video and the phenomenal costumes you wore, what was the inspiration behind them, I believe that oopsfashion.com created them, however I assume you all had some artistic input into the designs?

That would be our debut video for debut single I Hear flies.  Oops (the amazing Emily Bosence) designed the costumes with me for that period of Gaggle since then we've had many incarnations working with lots of different designers including William Raes, Roberto Piqueras, Naomi New, lots and lots of brilliant people but our main and most brilliant designer is Angela Marie Platt who I work really closely with and love.  She did the costumes for The Brilliant and the Dark (with Kathryn Bonner), Jools Holland and our most recent costumes for The Mouth of the Cave as well as many more.

The costumes are incredibly important.  They are another expression of the same ideas and feelings.  About changing how women are viewed and how women can compete with each other.

What sort of reaction or thoughts were you encouraging your viewers to have in regards to the striking make up used in the video. Thick black lips suggest an attempt to cover or hide the part of the mouth that men find attractive?

One of the Gaggles has a kinda motto "Confound Expectations", this is McClean, this is her motto as it were.  And it perfectly sums up what Gaggle is. Gaggle confounds the normal expectations of what a woman should be, sound like, look like, feel like, compete like, act like. The huge black lips are a joke but quite serious at the same time.  A dark brooding clown and the dead cold fillered lips of glamour model. We want people to listen to us. Natalie Sharp is our make up artist.

What other area of the arts do you or the rest of the choir enjoy?

Is the choir an ever evolving entity or are the members mainly the same and are committed to the choir? What do you look for in a potential choir member, do they need specific beliefs or are you happy for them to enjoy doing exactly what you do?

Half the choir has been in it from the beginning and thats almost 4 years now.  All Gaggles have in common is wanting to say something, wanting to be heard or seen in some way.  We've had Gaggles with different beliefs, political, religious, but we dont tolerate bullying or believing that your way is the right way and the only way - so theres no home for bigots in Gaggle.

What are your thoughts on the recent events regarding the trial/incarceration of Pussy Riot?

I think a lot of Gaggle felt really moved by it. Pussy riot made themselves a living example of the massive problems in their country.  And they are suffering because of it. But they wanted to be heard, and for them the price of being heard was prison.

Is your music as important as the message you are trying to convey?

The music and the message, the way we look, our choices, whats important and not important, are all part of the same thing - Gaggle.  We are a message, and music and fun, and weird, and lovely, and annoying.  The music in itself is challenging.  Its not an easy listen.  Its not for passive listening.

What are your hopes for the future, how are you going to encourage the choir to grow?

We have our new single Power of Money out on Dec 3rd.  And are XFM Residents next week.  We have some shows booked up for next year, and are really excited that one of them will be our first trip to Sweden.  Oh, and we made a Channel 4 Random Act which will be on the telly real soon.  But we're working on lots of new things, we just did the debut performance of a new show Lysistrata - no ordinary gig - including new music, video, dance, beautiful scenes that made even me cry, and scenes that make you angry.  Theres so much we can make and create, and music isnt the only way to say what we wanna. 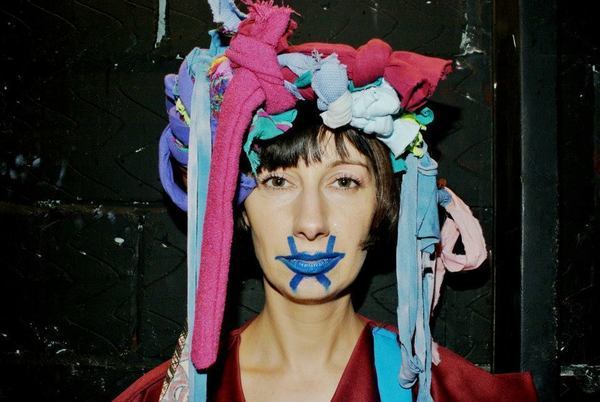 Would you ever consider returning to a more conventional type of band as you had previously been a part of?

I really miss playing the piano - so you never know.

As a parting question, who would you have as your ultimate band members?

You can keep up with the band, find out when they're playing and hear more of their music on Facebook and Myspace now!