A short history of the friendship bracelet 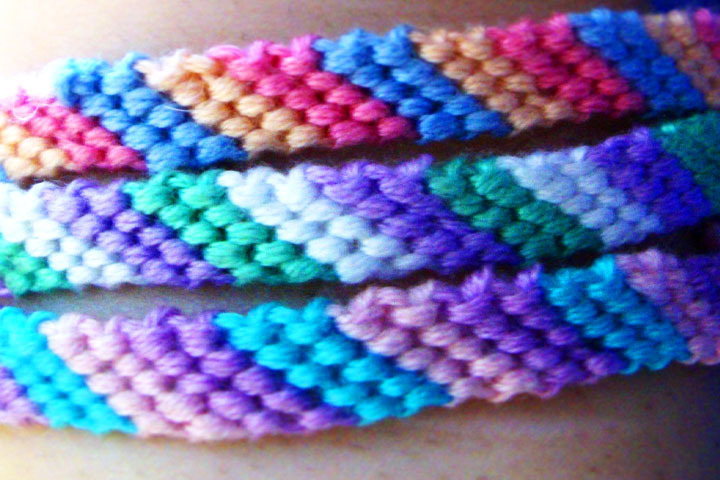 
Friendship bracelets have been a consistent staple of fashion for decades but does anyone really know how they originated? It turns out they've been around for a lot longer than you might have guessed, being traced back to ancient South America. Their popularity remerged in the 1970's when Guatemalans were seen wearing them during the protesting of the missing Guatemalan peasants and Mayan Indians in South America. The form of weaving the thread together is called macramé and, traditionally, the person receiving the bracelet had to wear it until the knots wear and it breaks off their wrist. This is said to honor the hard work and love the friend put into making the bracelet.

Friendship bracelets vary greatly in pattern, some even incorporating names and pictures in to the braiding. Some simple and commonly known patterns for beginners are the candy stripe and the chevron.

You can personalize your bracelet by using these colors which have certain meanings:

Which colors would you use?