Dame Darcy talks about her magical life and death as one of the most unique and interesting underground artists. 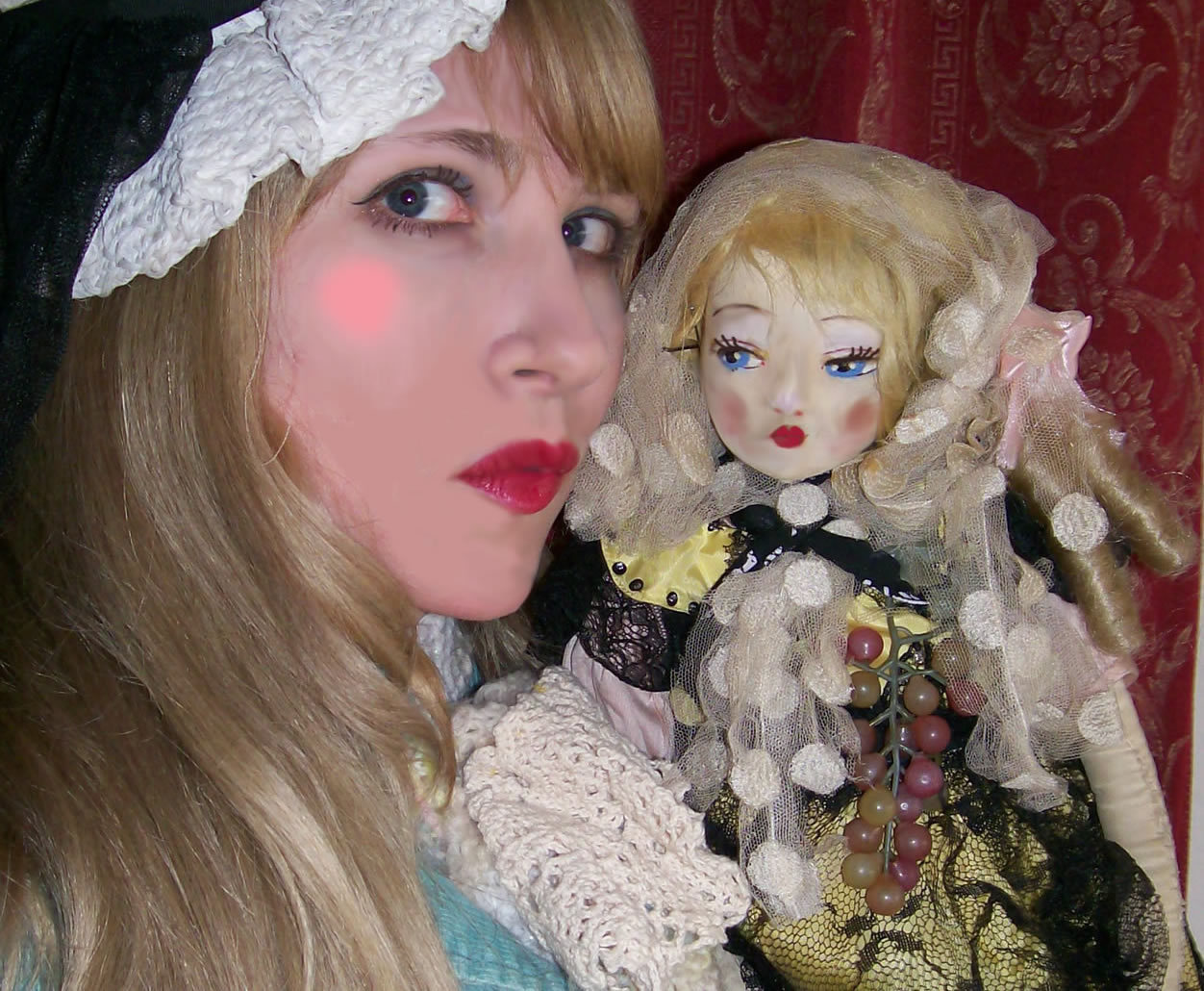 
Do you ever miss the days when you believed in fairies, witches and mermaid? Do you wish you could travel back one hundred years and live in a different era from the rest of the world? Or, do you wish that every day of your life was a fairytale? Well, Dame Darcy's life is is.

Dame Darcy began illustrating her comic series MeatCake at an early age, it began to be published in 1993 and has since developed a cult following. "I originally identified with Richard Dirt. She likes to play tricks, but she's not evil and her best friend looks like one of my close friends, so together we looked very similar. More recently, I've been turning in to the Mermaid, but I don't know if that's a good or bad thing.. every time I get asked to be photographed, I want to wear my mermaid costume."

She compares her life to the stories in MeatCake. "Day to day, things are different, I have no regular job or schedule. A lot of my friends are wacko and look like the people in MeatCake. I live in a cute neighborhood in LA with old looking houses. I describe my house as shabby chic. I like fancy stuff, but to find that means it's beat up. I don't think that I've spent a cent on the things in my house and, because I got it all for free, it's all ripped up, not trashy, but it has the distressed look. I like to embrace that, if I don't, it's in my life anyway."

"I was raised by my dad who is a musician, to play music, and he said don't make the same mistake as I did. Make one of your passions your career and have one on the side. So, I made storytelling, illustration and books my career, because you're more likely to make money from it than music. It's hard to be a rockstar, but I am in a band, Death by Doll. It's more for the social side, because working at home is very isolating."

At the moment, she is working on Gasoline, a story that will be a graphic novel, soundtrack by Death by Doll and feature film. "I've been working on it for six years, now a publishing company are interested in the book, it looks good, and the movie industry are really interested in films based on graphic novels. The soundtrack was created by my band and that came out last year. In the story, there are different scenes where the characters break in to song, poems to describe different situations."

"The concept behind my film is that in the beginning we were all pagan, we were all female because of the X X chromosomes in the fetus, and the eggs look like the moon. The moon and the sun worked together as male and female and the people worshipped and understood the goddess and elements of land, tress and animals. Technology could never replace God and it existed within nature, not controlling or ruling it. Now, we're facing global warming with technology taking over. We need to step back and work towards an earth first attitude and we can use technology to assist us in being eco friendly and finding alternative energy and resources. The movie is to inspire people to not get too overwhelmed with the situation we're in and take responsibility for what they can do right now. I think that's what people want, they just don't know how."

"I'm just an artist, but I can do what I do with what I have. I'm going to get a vegetable oil car and buy property with the money I make. I want to grow my own food and only have things that are eco friendly. I recycle, I'm an environmentalist, I don't buy consumer items, I re-use and make things from what I have. Even if I had a lot of money, I would still live like that. I don't find it to be a sacrifice. The world is reaching a critical point, ice caps are melting and babies are being born in to a world where there might not be resources and there may not be polar bears. It makes me want to die"

"Even though I am focusing on business at the moment, it doesn't mean that I don't still see fairies and swim in the ocean and be a mermaid. I still play dolls and have tea parties with little girls. I'm surfing again too, I love the ocean. The stuff I like is either the stuff that little girls, grannies or teenage boys like, but I'm not any of those things."

"I like to say that I'm 97 because that way I seem really really young looking, I feel 97 sometimes... When I'm 60, I want to get a boat and be a sailor with a crew of sailor girls and boys. We can sail around, go to the Caribbean, eat fruit, play music and hide in caves. Then, when I die, I want to get taxidermed and put on the front of the ship and my crew could inherit the ship and we could keep sailing. I'd be the mermaid on the front of the ship and if it sinks, or whatever happens to my body (if I end up in a freak exhibit), then I'm happy with that. I'm super in to mommies and dolls, which are similar, and then after you die you can become a doll and live forever. My body could have a whole other life and go on to all kinds of fame and glory for centuries. Why be boring and dead in the ground when you can be a doll?".

Currently, Darcy is working on a MeatCake game for her website. "I think everyone who is in to dollhouses and collecting would like it." To keep an eye out for it and to find out more about Dame Darcy check out her website.