This Book Will Save Your Life

A review of the A.M. Homes book. 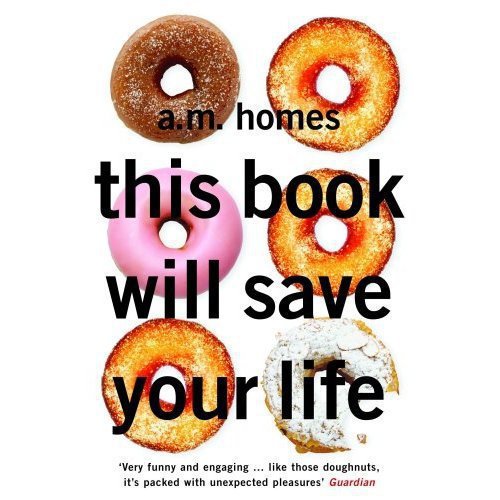 
This Book Will Save Your Life
by A.M. Homes

Before I even knew what this book was about I was drawn to it; it's those damn donuts. However the story behind the cover is just as addictive as the sugary goods on the outside.

A story about a man who is essentially dead, going through the process of life but never really living; this book is about his journey of rediscovery, about learning to live again. In the beginning the narrative keeps us at a distance mimicking how Richard is disassociated from his life, and as we progress we gradually grow closer to Richard as his healing process begins.

This is a scintillating book, with delicate moments of dark humour interspersed with questioning the meaning of life. Whist Richard is an extreme; we can all identify his qualities within ourselves, bringing us further into the story and translating it into our own lives. The narrative changes that occur are subtle and yet, by the end we realise the journey we have taken with Richard, as the story progressed we grow to like him more, to understand him more, as he begins to understand himself.

I have to admit that when the ending of the book came, I said "Oh" out loud. The immersion into the story was so complete at that point that it was a shock that it ended. It wasn't that it was a bad ending, but I felt like I wanted to know a bit more. I almost felt like the author had reached her deadline, and time was up before the story was done. I suppose the trouble is that because of the nature of the story, it was hard to find a point to end it.

Overall I loved this book, it was engaging, and superbly written. It was in some places completely off the wall, like a horse in a sinkhole or a hostage in the trunk, but in others it was so sensitive, the fraught relationship between him and his estranged son, that you just have to appreciate the dynamics of A.M Homes's penmanship.