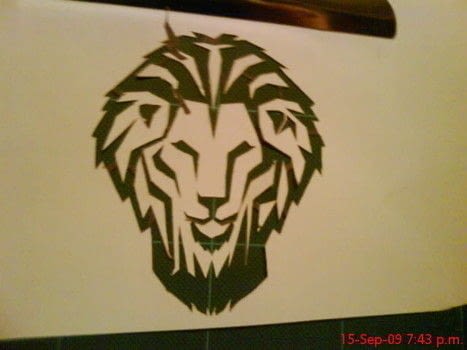 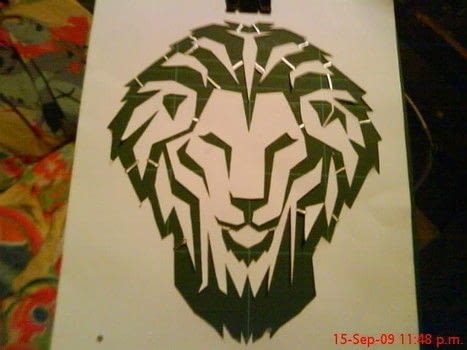 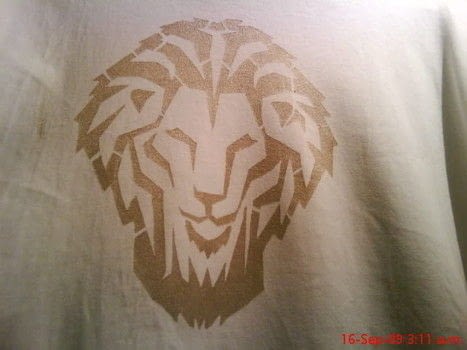 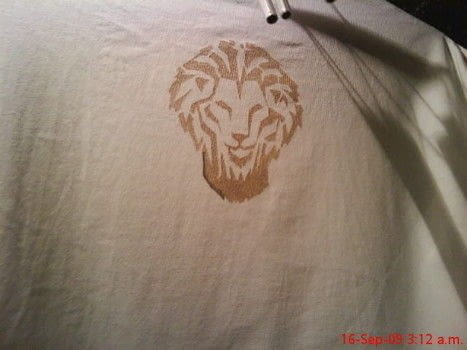 Based on Stencil A Shirt by Tizzalicous
Well, this is my first stencil EVER! so it took me a lot more of time =S

My boyfriend is a lion fan, and he saw this lion on the net and he was crazy about the design, so I also used this opportunity as a guinean pig (LOL).

I followed all the steps by Tizzalicous' project and added a little stencil of the same lion in the back of the shirt.

I recommend in a 100% using a sticker, because you can stencil even the smallest detail. Now I'm a stencil fan =D!!!

My boyfriend was so surprised that he put the shirt on even before saying "I love it, it's awesome!"

Thanks a lot for sharing Tizzalicous!!