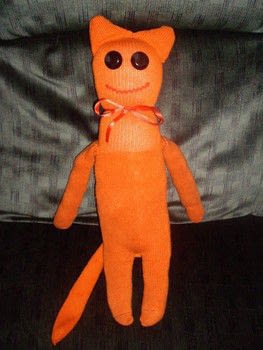 Sock monkeys are a thing of the past. Make a sock kitty instead!
I used a tutorial from wikihow.com to make the stuffed cat. As it was for a sock monkey, I did alter the instructions. The body was made separately from the arms, tail, and ears. I sewed the head shut as was stated in the instructions, then used excess fabric from the socks to make the ears. I stuffed them before sewing them on. I made this for a cosplay costume. It took me around 5 hours to complete because I did the entire thing by hand. I'm sure some of the steps could have been done by sewing machine to speed up the process. You can't see the back, but I attached some straps so it would look like a backpack. It was not a functioning backpack though.

Christine B. posted this project as a creation without steps 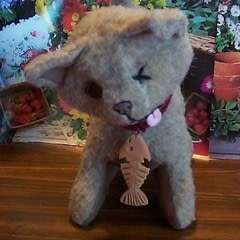 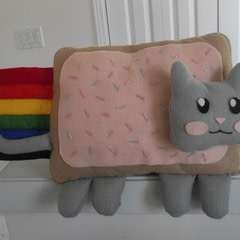 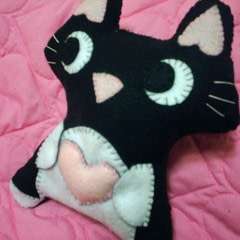 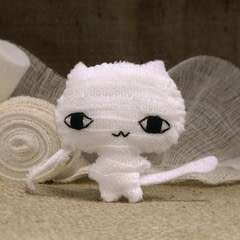 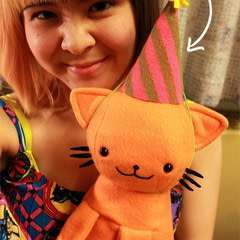 Party Cat Plush
Made this project? Share your version »