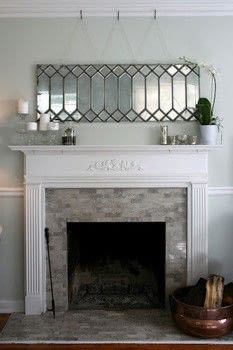 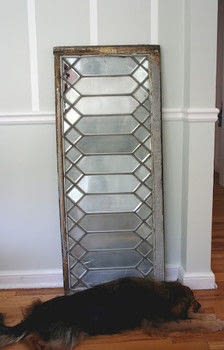 Actually, several of the panes were already cracked, the window was warped, and the frame was rotten and crumbling. But the part where the entire assembly fell off the mantle, cracking a few more panes, dislodging several entirely, and destroying the frame - that was all me. No matter. It's been re-purposed as a mirror and has a nice home now on our living room wall.

I used Krylon's Looking Glass paint to turn the window into a "mirror" of sorts - it's shiny and reflective, but not in the way a brand-new mirror would be; rather, it's cloudy and antique-looking. I actually rather love the effect. Read on for instructions on achieving the effect and hanging the cumbersome, unwieldy thing on your wall.

Great use of a great piece!
Reply