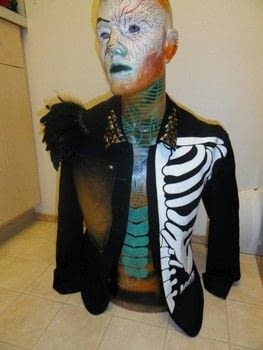 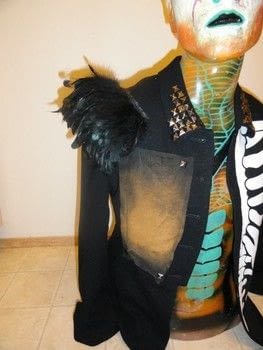 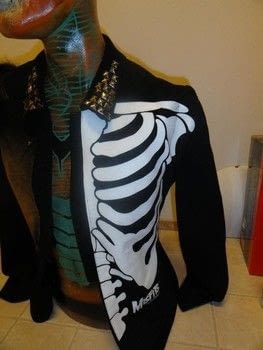 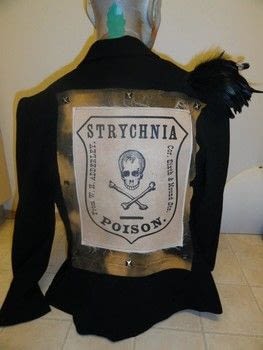 fun with a thrift store jacket....
So, here is a jacket idea i got, while messing around on ebay awhile back...i saw a jacket on there with some feather's off the shoulder, and like the idea. then it all came together when i found the poison graphic for the back piece.

so we'll start there.

the back patch consists of remenants of an old black t-shirt (i had used bits of it for another project im working on), a left over piece of a white sheet from a halloween costume, and the awesome vintageish strychnia poison graphic (purchased on etsy) So the black t-shirt piece was bleach using a small spray bottle, some random plastic cutlery, and just dripping bleach directly onto it, then the white sheet was tea dyed, and frayed before attaching the graphic to give the graphic a very well aged look.

for the front pieces, i had gotten a misfits t-shirt some time ago that was way way too big, and after a few failed attempts at resizing, i tossed it into a scrap pile. and while laying out this project, i thought hey...this needs's a partial rib cage...the other front piece, was a chunk of test fabric i used in figuring out my bleach mixture.

pyramid studs for the lapels...

sew it all together..and viola. this was also my first ever attempt at sewing anything with a sewing machine, hope ya enjoy it.

Travys S. posted this project as a creation without steps 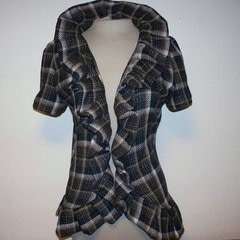 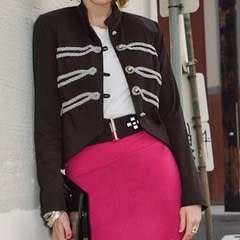 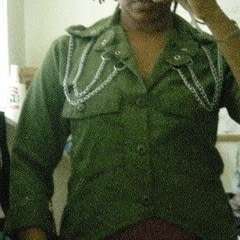 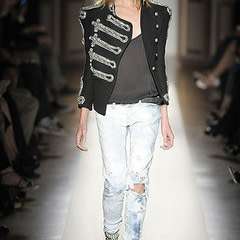 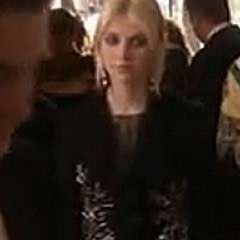